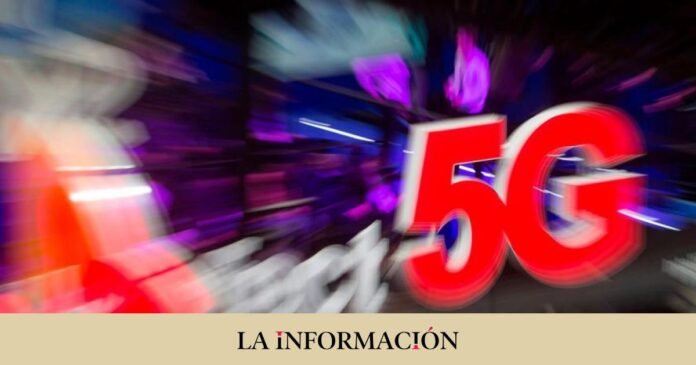 The last major public spectrum auction for ultra-fast 5G networks, referring to the 26 ‘gigahertz’ band, was the fastest in history. In barely an hour, the bidding rounds were finalized on Wednesday and the distribution of concessions between the three large Spanish telecommunications operators were closed. The rush to call this tender by the Government, despite repeated requests for delays by the companies, have left many frequency packages empty, which has reduced revenue from concessions to one sixth compared to those forecast in the General State Budgets (PGE). This is in addition to the drop in revenue from the process launched last year.

This week the radio spectrum of the 26 Ghz band has been put on the market. A dozen national concessions and 38 between the autonomous regions and the industrial sector. The big companies had asked that it be delayed until another two or three years, when there was a need for these ‘highways’ of the network. But the executive had already budgeted 170 million euros in this year’s PGE and it had to be launched. It has been done on the horn, in the penultimate week of the exercise. And the result has been, once again, a significant drop in collection.

Of those 170 million, they will receive less than 40. The big three were left alone: ​​the big industrial names, who called to revolutionize this auction, have not presented their cards, while Másmóvil withdrew to avoid fighting against his future dance partner, Orange. This meant that Telefónica, Vodafone and Orange faced each other only with a small regional operator from Castilla y León. The conclusion: there has been a ‘distribution’ without a fight over price – they were all acquired for the exit fee – of the largest frequency packages, with Telefónica putting more money for more space (20 million for one gigahertz) and Vodafone and Orange staying with a smaller chunk (8 million times 400 megahertz). Many regional and industrial frequency packages have been left empty.

Precisely this potential competition was a concern for Telefónica itself, which alerted its investors in the last annual report of a foreseeable increase in the cost of frequencies. The industry sources consulted by La Información agree that the current needs for spectrum in this band are very limited, since they serve very specific uses that will not arrive for several years. This 26 Ghz band is the one that allows less signal propagation (lower coverage) but with a much higher capacity and very low response times. With this auction, what they have done is “cover basic needs” to complement the spectrum they acquired in previous auctions.

The previous tender took place last year and concerned the 700 ‘megahertz’ band. The loss of state revenue was much greater. In the budgets of the Executive, revenues of 2,100 million euros had been raised, which put the operators on a war footing, who understood that this amount implied an excessive outlay for that spectrum. In the end, there was hardly any competition, as Másmóvil finally got off by buying existing spectrum from the Eurona sector company. This meant that it barely stayed at 1,000 million euros, barely 15% more than the starting price -already lowered by the Government under pressure from the operators-.

The same sources in the sector are sure that other public revenue would have been achieved if the bid had been delayed for a couple more years, until the large industrial groups perceived a greater potential for private networks with 5G in their environments. Cellnex has not participated, as had already been anticipated, but neither have other large groups in the sector that had been considered at the time. It depended on some operators that have come with hardly any strong competition and with some accounts that have been especially hit by the trade war in Spain in recent years.

Telefónica and the rest of the telcos are concentrating on the ambitious uses that they must address as consideration for the 700 Mhz spectrum -the most relevant band- auctioned last year. With a duration of between 20 and 40 years, those concessions forced the companies to reach 100% coverage of municipalities with more than 50,000 inhabitants in three years. Both these demands and those of wholesale resale to other smaller operators were softened by the Executive in a gesture towards the sector.

There is some fear in the sector regarding the risk of delay in the futures used by ultra-fast networks in Spain compared to other great powers such as Korea, China or the United States. Ericsson, one of the main network providers, expected that the use of the 3.5 Ghz band – already tendered in 2018 – would remain at 523% of the Spanish population in the next two decades. It must be taken into account that this ‘road’ is the one that allows greater global coverage and the one that opens the door to uses in cities beyond the interiors of buildings -for which the 700 Mhz is most useful-. This delay is the one that can leave Spain at the bottom among the great powers, which is why it demanded 1,700 million ‘extra’ public investment to cover that hole.