HomeLatest NewsThe Government will only process renewable projects that gain access to the...
Latest News 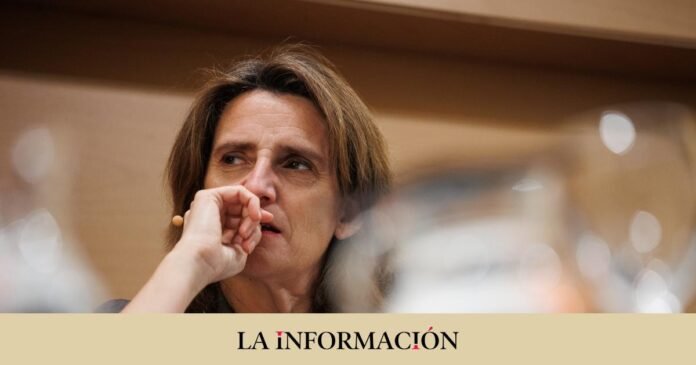 The Government wants to put an end to the speculation that exists around renewable energy projects and for this reason it will only process those that have won access to the electricity grid in competition. This is stated in the Royal Decree-law in which the sixth anti-crisis package is developed as a consequence of Russia’s invasion of Ukraine, published this Wednesday by the Official State Gazette (BOE).

Everything comes from the ministerial order project that the Ministry for the Ecological Transition released a public information at the end of June to call a tender for access capacity at 17 knots of the electricity transmission network. In total, 5.8 gigawatts (GW) of capacity would be awarded to renewable energy and storage facilities. Although the order has not yet been approved, in the drafts submitted for the hearing process, a favorable score was expected for those projects that put the facilities into service in the shortest possible time.

In this sense, given the expectations expected by said order, the Executive has observed “speculative movements” by certain agents who are beginning the first steps in the procedures without continuing them, “in order to block locations for other agents who are really interested in developing renewable projects”. And it has had no choice but to “suspend the procedures for those projects that, intending to evacuate in tender nodes, still do not have access and connection permits.

Thus, article 13 of the Royal Decree-Law establishes the following: “Exceptionally, for a period of 18 months from the entry into force of this Royal Decree-Law, in those nodes in which the holder of the The Secretary of State for Energy has resolved to hold an access capacity tender in accordance with the provisions of article 20.5 of Royal Decree 1183/2020, of December 29, on access and connection to the electricity transmission and distribution networks , the procedures that the promoters will have instituted before the competent body will be suspended.

The text stresses that these movements are “harmful” for the agents that are really interested in building renewable generation facilities, as well as for the society where the project is located because “proceedings are initiated for a number of projects that neither neither the network nor the area, from a social and environmental point of view, can absorb”.

It is also bad for administrations, already “stressed” by the high volume of projects in the pipeline. In fact, between 70 and 80 renewable GW may expire in January if the process is not speeded up, according to sources from the sector to La Información. This translates into “an inefficient use of resources in projects that may not be viable.” “The aforementioned makes it necessary to suspend the procedures of those projects that, intending to evacuate in competition nodes, do not yet have access and connection permits,” the decree states.

In order to participate in the contest proposed in the order that is pending final publication, each participant must establish the economic guarantees that will cover the non-payment of penalties for non-compliance with the temporary energy injection commitments (25% of the estimated cost not produced ), as well as socioeconomic, environmental impact and activation of demographic challenge zones (40 euros per kW installed).

According to the department headed by Teresa Ribera, the power and number of nodes subject to the competitive bidding procedure is prolonged taking into account the delivery of compliance with the objectives established by the PNIEC.

Red Electrica, a subsidiary of Redeia, in its capacity as operator of the electrical system, is the one that publishes the access capacities of the nodes that make up the transmission network for the connection of future renewable generation facilities. The latest update took into account the scenarios proposed in the electrical planning with a 2026 horizon approved in March of this year.

Share
Facebook
Twitter
Pinterest
WhatsApp
Previous article
Voices from the interior of Ukraine: “People are angry, nerves are on edge. Everyone knows that Russia cannot be defeated, but they are not negotiating.”
Next article
Prosecutor’s Office asked to block “Oida” Oxxxymiron*