The group “Kino” released a new album. Than? Tsoi is alive! 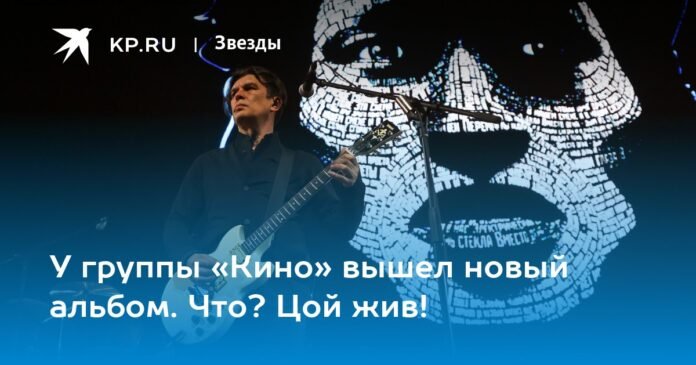 Concert of the group “Kino” in the Ice Palace in honor of the 60th anniversary of Viktor Tsoi. Photo: Petr Kovalev / TASS

To some this may seem like blasphemy or pure business, but the Kino group continues to function without a leader: Viktor Tsoi, who died in a car accident in 1990.

The son of a musician, who had long hidden under the fictitious surname of Molchanov, Alexander Tsoi emerged from the underground and breathed new strength into a band that had collapsed for obvious reasons. Now the musicians of “Kino” Yuri Kasparyan (before he performed in the “Symphonic Cinema” without a vocalist), Igor Tikhomirov, Alexander Titov, as well as guests Oleg Shuntsov, Dmitry Kezhvatov and Roman Parygin are again rehearsing, playing concerts and releasing videos No matter how strange it may sound.

The conceptual idea of ​​the revived team was to digitize Tsoi’s voice and re-record the arrangements of the hits.

– It all started in 2012 – with the recording of the song “Ataman”, the musicians explained. – Then the musicians for the first time after the death of Viktor Tsoi gathered to work on the music for “Kino”. This was the first step in reviving the band in 2021 with the help of modern technology and performing arts. True, no one knew this, including the musicians.

In addition to rewritten musical versions of Kino’s hits, modern versions of the songs General and Pines on the Seashore appeared on the album (the demo version of the track was released on the White Album, which was brought to the final sound without the participation of the main musicians).

St. Petersburg. Spectators during a large concert by the Kino group at the Ice Palace in honor of Viktor Tsoi’s 60th birthday. Photo: Petr Kovalev / TASS

Known by the public, “Cuckoo” and “Watch Yourself” are presented in a live version taken from the concerts of the new “Kino”.

Despite the majority of the positive and even obsequious comments from fans of Viktor Tsoi, who are glad to once again hear the voice of an idol at a live concert, there are other opinions. Some “Kino” fans see in this unusual project a rematch of the musicians who have been behind the leader for a long time and wonder why they should relaunch songs that have been heard so well throughout the country for more than 40 years. . The producer and ideologue of the reborn “Kino” Alexander Tsoi does not pay attention to such comments.

“I don’t read comments,” he admitted in an interview. – I do not need it. Basically, I don’t care. I trust what I am doing. If you don’t need it, don’t listen. I made this project in many ways for me, I needed it. And it turned out, a huge number of people. I am not ashamed of what we have done. And therefore, what an anonymous person from the Internet thinks – I don’t care.