The hero of the special operation “Z”, Lieutenant Markeev, forced the enemy to flee from the positions. 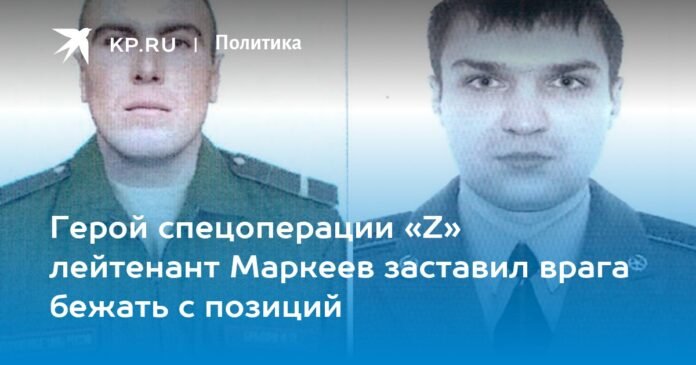 “Attack what you came with! Yes, cut, drive, cut, don’t miss it! “Hurrah!” – It works wonders, brothers! ”, – said Generalissimo Alexander Suvorov, who did not lose a single battle. And he instructed the soldiers like this: “Do not take large convoys behind you, the main thing is speed and onslaught, your bread is in the convoy, and the backpacks of the enemies.”

THEY GAVE A DIFFICULT ANSWER TO THE SABOTEERS

“The column of Russian troops, which included Corporal Ilya Brylev, was heading to a certain area. Moving along the route, Ilya discovered an armed group of Ukrainian nationalists who were preparing an ambush on the territory adjacent to the highway, which he immediately informed the commander of him. A fight ensued. Brylev quickly oriented himself in the situation, took a favorable position in a timely manner and was one of the first to attack the positions of the militants. In battle, acting boldly and decisively, Ilya personally destroyed the enemy’s machine gun crew. The enemy DRG, having lost the support of the machine gunners, realizing the futility of further resistance, quickly left their positions and retreated.

Thanks to the courage and dedication of Corporal Ilya Brylev, the column reached a certain area on time and without loss.

LEFT THE ENEMY FROM THEIR POSITIONS

“The howitzer self-propelled artillery platoon under the command of Lieutenant Roman Markeev performed artillery support tasks for Russian motorized rifle units advancing on the positions of Ukrainian nationalists. During the offensive, artillery strikes from Markeev’s platoon destroyed 6 enemy equipment and 2 fortifications of militants. As a result of artillery attacks led by Markeev’s subordinates, the nationalists opposing the Russian units lost their combat capability and were forced to abandon their positions. Thanks to the professionalism, courage and bravery of Lieutenant Markeev, the task of advancing the Russian troops into the depths of the enemy defenses was completed.