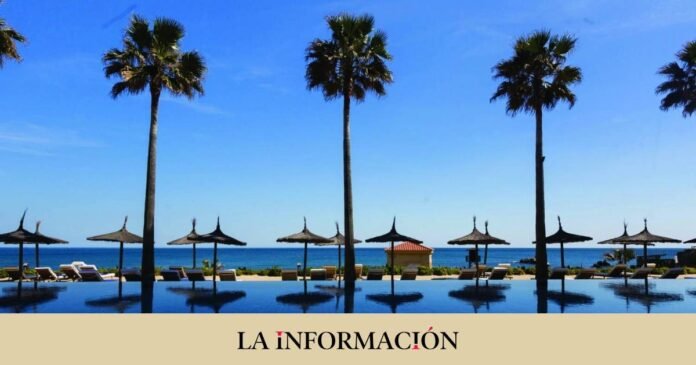 The hotel industry has reached the level of income and prices of 2019 and has raised the stake by setting itself the challenge of improving occupancy figures. Last year, Spanish hotels registered an average daily price of around 133 euros, above the pandemic level, with a global average occupancy of 67.7%, a figure that is expected to recover in the coming months.

These are the main data from the 2022 Closing Hotel Barometer prepared jointly by STR and Cushman & Wakefield, which confirms the good form of the Spanish hotel industry with a practically complete recovery in the second part of the year, since the first months from 2022 were still affected by the Omicron variant.

The recovery of income and prices is practically total compared to the figures for 2019 in the vast majority of destinations, although occupancy continues to be seven percentage points below that achieved that year pending full recovery.

The greatest improvement occurs in the second capital of Spain

Among the destinations, Barcelona has managed to end the year with very positive data in all indicators with a RevPAR increase of 170% compared to 2021, reaching 109 euros. As usual, Marbella continues to lead the ranking in average price per available room (RevPAR) and average daily price (ADR), with 292 euros and 204 euros, respectively.

The barometer data made public this Tuesday shows how media occupancy in Spanish hotels has stood at 67.7% for the year as a whole, which represents an improvement of 53% compared to last year. However, it is still 10% lower than the 2019 figure (74.7%).

Seasonality is a reality in destinations such as the Costa del Sol, as demonstrated by this high average figure in 2022, although Marbella is behind with 62%, although with good figures in average price and income. Malaga is followed by the classification of the Canary Islands and Valencia, with 74% occupancy.

For its part, Barcelona registered the largest increase in occupancy compared to 2021 with 76% more, while Madrid also achieved a notable increase of 58%. Both cities have benefited from the increase in international tourist arrivals.

The average prices of the rooms at 133 euros

Throughout 2022, once the restrictions on mobility have gradually disappeared, it has been possible to verify that international demand continues to be attracted by Spanish destinations. This arrival of travelers has also enabled average prices per room to reach 133 euros, a figure that is 20% higher than in 2021 and up to 12% more than in 2019.

Experts say that “demand is robust and, therefore, we can continue to see an increase in prices also motivated by inflation, which is high in Spain, as well as in the main source markets such as France or the United Kingdom.”

Marbella is the destination with the highest ADR reaching 292 euros. Next are the Balearic Islands (172 euros), Barcelona (153 euros), the Canary Islands and Madrid (both with 133 euros). On the contrary, the cities with the lowest prices are Granada (88 euros) and Zaragoza (66 euros).

The comparison with 2019 shows that there are some destinations where they are still slightly below the figures for that year, such as Barcelona, ​​Madrid or Bilbao, while there are places where that price is already above that of before the pandemic like the Canary Islands, Marbella, Malaga or the Balearic Islands.

The report concludes that holiday destinations are recovering pre-pandemic figures very quickly, while in cities where event and congress tourism and corporate tourism have more weight, we will have to wait a little longer.