HomeLatest NewsThe Ibex 35 is stuck at the 8,900 point level after the...
Latest News

The Ibex 35 is stuck at the 8,900 point level after the brake on Wall Street 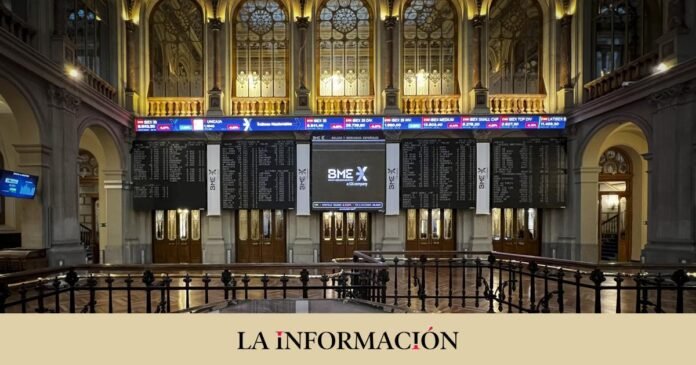 The Ibex 35 runs into investor indecision. The selective closes with a decline of 0.11%, which takes it away from the 9,000 point barrier, a level that it cannot exceed, despite being at its maximum in November 2021. The bank, which exerts a great weight within the index and the falls in Wall Street have put downward pressure on the Spanish parquet. On Nasdaq it was down 1.19% at the close of the market in Europe, while the Dow Jones and the S&P500 were down around 0.6% each.

One of the benchmarks for the day was the IFO business confidence index in Germany, which rose almost two points, to 90.2%, encouraged by a less pessimistic horizon, although businessmen are less satisfied with the current situation, conditioned by inflation and the energy crisis. The German Government has advanced its economic forecasts for 2023, for which they foresee an annual growth of 0.2%, which would allow it to avoid the threat of economic contraction that was looming over the main European economy as a result of the war in Ukraine.

In Spain, it has been known that the increase in industrial prices has moderated again in December, rising by 14.7% year-on-year, the lowest rate since April 2021 and 6 points below the rate registered in November (20, 7%), due to the lower cost of electricity production and transportation.

The market also pays attention to the publication of the results. This Wednesday it is the turn of Alstom, ASML Holding or easyJet (EZJGB), as well as the American Tesla, IBM, Boeing, ServiceNow. “Although there is not a massive downward revision of earnings expectations, as some investors feared, the truth is that companies as a whole are not being able to maintain the growth rate shown in 2022 “, they specify from Link Securities.

In other markets, a barrel of Brent has advanced 0.53% in the session, up to 86.57 dollars, while West Texas Intermediate has registered a price of 80.88 dollars, 0.96% more. In the debt market, the yield in the secondary markets of the Spanish bond with a maturity of 10 years has been located at 3.111%, which represents a slight decrease compared to 3.099% on Tuesday. Thus, compared to its German counterparts, the risk premium has stood at 95.3 basis points, nine tenths more. For its part, the euro has remained unchanged in its cross against the dollar, up to $1.0896, in line with Tuesday.

Share
Facebook
Twitter
Pinterest
WhatsApp
Previous article
The Russian Defense Ministry announced that it had reached advantageous borders in the direction of Zaporozhye.
Next article
Biden discussed support for Ukraine with the leaders of Britain, Germany, Italy and France KXan 36 Daily News