HomeLatest NewsThe IMF recommends that the Fed "stay the course" in its rate...
Latest News 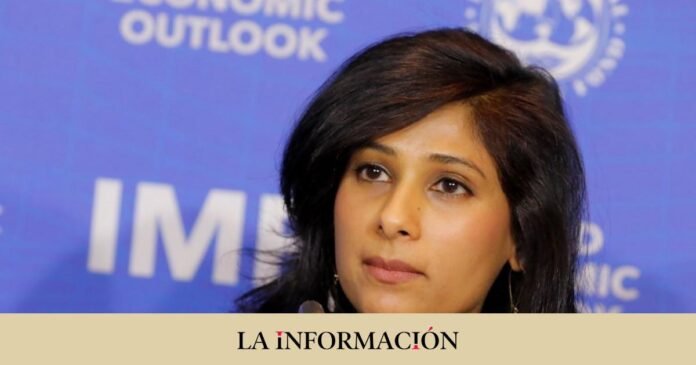 The United States Federal Reserve (Fed) continues to operate in a scenario in which inflation continues to worry the global economy. In this, the deputy director of the International Monetary Fund (IMF), Gita Gopinath, wanted to remind the Fed of the importance of its role in putting a stop to the rise in prices, since the US bank has the responsibility of “staying the course “to continue raising interest rates.

“If you look at the indicators in the labor market and if you look at the components of inflation, such as inflation in services, I think it’s clear that we haven’t turned the corner yet in terms of inflation,” the economist said in an interview with ‘Financial Times’ -which includes Europa Press- is the one that has been quite conservative regarding financial expectations for 2023.

In this sense, Gopinath considers it “important” that the Fed “maintain a restrictive monetary policy” until there is a “very defined and lasting decrease in inflation” that is evident in wages and sectors not related to food or energy. For the ‘number 2’ of the IMF, the main concern regarding the behavior of inflation comes from the resilience shown by the US labor market.

The deputy director wanted to recall that the unemployment rate is still around the historical lows reached during the crisis, in addition, the shortage of workers has contributed to promoting a salary increase that hinders the objectives to be achieved by the Fed to reduce inflammation has signta the 2%.

On the other hand, Gopinath said that he expects China’s economy to suffer significantly in the short term as a result of Covid-19 and suspects that the slowdown in the Asian giant will have a negative impact on global growth. In this way, the main problem at the international level is covered within a country that is reeling again due to an uncontrollable health crisis.

As for Europe, Gopinath expects monetary tightening to stretch out longer than the Fed’s. “We’re looking good to 2024 before we start to see inflation move closer to the ECB’s target,” he says, adding that the fiscal support implemented by European governments to address the rising cost of living would lengthen the process.