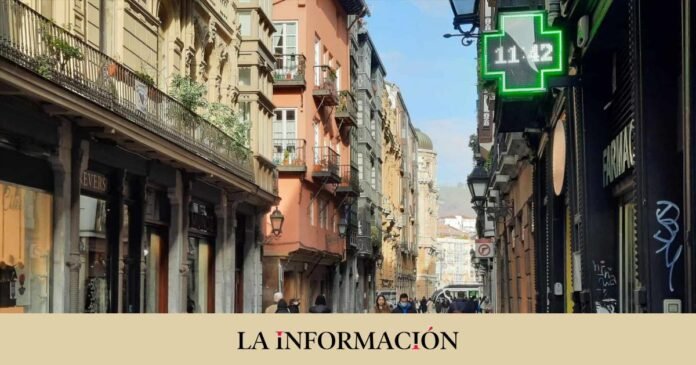 Activity in the services sector advanced in December in Spain. Although, its improvement was so modest that it did not originate to compensate for the slowdown that has occurred in the industry in recent months in the context of global uncertainty. This is evidenced by the PMI Composite Index for Spain published this Wednesday by S&P Global (formerly IHS Markit). The indicator confirms the slowdown that the national economy has been registering since the third quarter, when GDP barely grew by 0.1%, and that has also been reflected in the employment data for the last month of the year (with the smallest increase in affiliations since 2012).

The index, previously published by IHS Markit, stood at 49.9 points last month, already close to 50 from which activity expands. This marks an improvement in the ratio from the 49.6 points it marred the previous month, but also indicates overall activity is contracting for a fourth month. In the case of the manufacturing sector, new orders decreased for the eighth consecutive month compared to a slight increase observed in the services sector.

However, the two – industry and services – registered a decrease in orders pending, since the levels of capacity were sufficient to cope with the workloads in general. The service sector contributed to the modest increase in private sector employment overall. With respect to prices, both sectors saw input price inflation fall, although the service sector declined a much stronger rise overall. The two maintained or slightly moderated their selling prices.

Despite the high inflation, which in December would have moderated to 5.8% according to the advance of the National Institute of Statistics, the arrival of the Christmas season caused the service sector to accelerate its activity last December. This allowed companies to continue creating jobs, according to the Purchasing Managers Index. Specifically, it increased to 51.6 points from 51.2 the previous month, which represents its best reading since last July (when the price rise in the country peaked at 10.8%).

“The Spanish services sector more than coped with the situation at the end of the year, registering increases in activity and new orders for the second consecutive month,” says Paul Smith, economist at S&P Global Market Intelligence. However, the expert emphasizes that the sector remains very concerned about persistently high inflationary pressures and their impact on activity and consumption. “Inflation remains a daunting concern for many companies in early 2023, and as a result, confidence in the outlook has remained historically subdued,” he says.