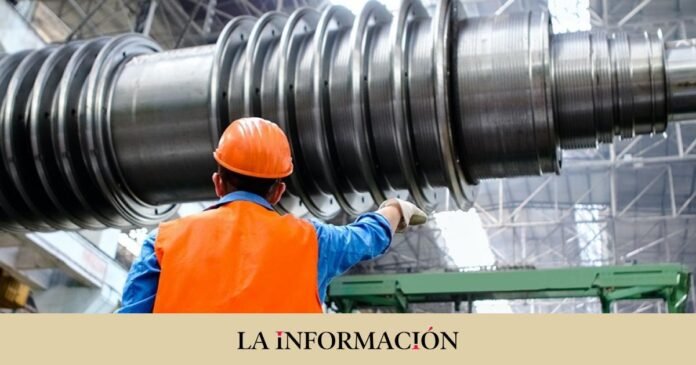 The activity of the industry stopped its deterioration in December, after a very difficult second semester for the sector. Despite the fact that the national manufacturing sector continued to contract in the last month of last year, the less severe fall in new orders, the certainty of employment and the notable increase in the confidence of industrial companies could already point to this heading towards stabilization. Among the clearest signs that this is the case is the fact that inflation slowed down last month, with more moderate increases in both purchase and sale prices.

The PMI Index of the Spanish Manufacturing Sector published this Monday by S&P Global has warned from the 45.7 points registered in November to the 46.4 points last month. Any record of this indicator below 50 indicates a contraction in activity and in the case of Spanish industry this is the sixth month in which activity has declined. However, the indicator has been getting closer and closer to positive territory for two consecutive months.

Both manufacturing production and new orders fell appreciatively in December. In the case of the former, the end of 2022 marked the fourth consecutive month in which there was a decline, and again the rate of contraction increased. As regards new orders, they also fell with difficulty, although the rate of decline in sales was the weakest since last September.

Global uncertainty and general economic instability are hurting demand, both at home and abroad. New export orders fall for the tenth month in a row, amid declining sales to nearby European countries. As order books shrink again, industrial companies have devoted their resources to completing existing contracts for the seventh consecutive month. There is also a slight increase in stocks of finished products for the first time in three months.

However, companies have remained cautious and have been reluctant to buy new inputs, once again cutting their purchasing activity sharply and preferring instead to reduce the stocks of semi-finished products and raw materials for the fourth consecutive month. Employment gave “relatively positive” signs, as staffing levels stabilized after accumulating five consecutive months of contraction.

The job certainty is due to companies becoming more optimistic that the worst of the real slowdown is passing and that there will be a recovery in sales and consumption in the next twelve months. Business confidence thus rebounded in December to reach its best level since mid-year, with the hope that business activities and the end of the pandemic will support growth.