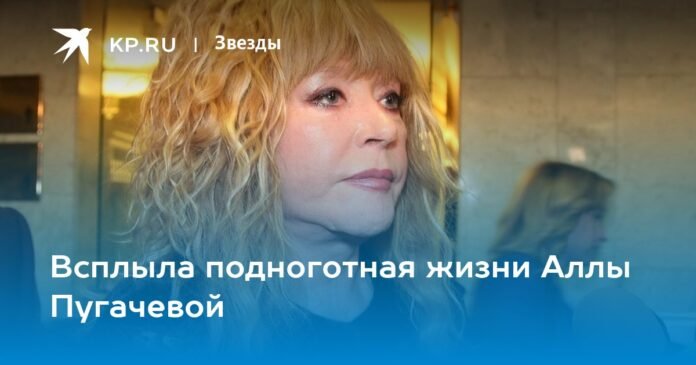 Sergei revealed the unknown details of the life of the Primadonna

Alla Pugacheva was once a close friend of Sergei Zverev. It was her personal hairdresser. Celebrities spend a lot of time together. The other day, Sergei revealed unknown details from the life of the Primadonna.

Sergei Zverev spoke for the first time about his relationship with Alla Pugacheva. The celebrities were close friends. “We had a warm relationship. I loved Alla since school. I was aware that this is my very luxurious muse,” the showman sighs.

Once the prima donna invited him to the dacha. “I arrive, the table is set. She says: ‘Let’s have a drink.’ Some big guy sent her several boxes of vodka, which is not for sale. You open everything new,” Zverev opened on the air of the program. “Alena, damn it!

So, according to Sergei, after drinking two glasses, he began to see better. And after the third glass, he began to see ants on the tree that were breeding. “I had an epiphany, a state of incredible lightness,” he said.

As a result, the hairdresser spent a whole week at Primadonna’s dacha. She fed him so much that he gained several sizes. “I understand it a little more and I will be like Alla Borisovna! The same size! Because there is so much to live like that. I was in paradise!” Zverev said.

As a result, Pugacheva had to reveal the secret to losing weight to her. The vocalist asked her housekeeper Lena to prepare a special tea for the guest. She warned Zverev that it is best to drink it next to the toilet.

“I lie down, nothing happens. And as soon as I enter another dimension, I have a fantasy. I suddenly begin to understand that if I move, it will just break! I don’t know how I got into this bathroom. I Sit down and remember what toilet to hold on to! I have sparks and tears in my eyes! I understand that there is no way back to bed for me. There I turned blue, my first gray hair appeared! – said the man.

And after a few years, according to him, they stopped communicating. The reason was the last marriage of the singer. “When I got married, they didn’t really communicate. The woman got married, they have two children, a family. It’s one thing when we’re friends, she’s free and we rock. Kirkorov was on tour all the time, and Alla and I,” he shared. on the broadcast of the YouTube show “Alena, damn it!”.