HomeLatest NewsThe judge orders BBVA to give access to classified emails in the...
Latest News 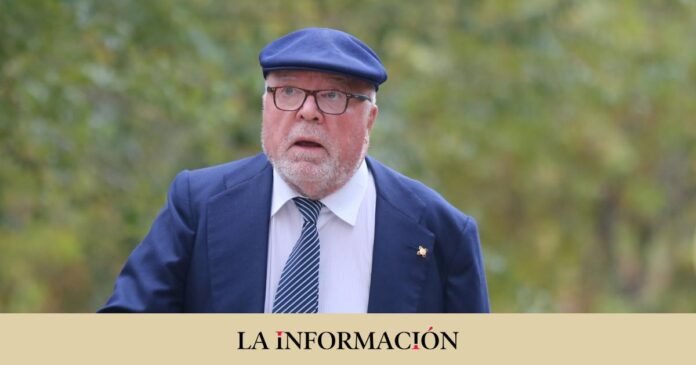 The judge of the National Court that is investigating the alleged irregular orders that BBVA would have made to the now retired commissioner José Manuel Villarejo has given the green light for the parties involved in the case to access new classified emails, while questioning the “collaboration” of the entity under investigation. In a car of this Monday, to which Europa Press has had access, the head of the Central Court of Instruction Number 6, Manuel García Castellón, agrees to what was requested by the Anti-Corruption Prosecutor’s Office and transfers a total of 218 documents of various kinds ensuring that “the right to privacy” of the bank is fully respected.

Throughout the resolution, the instructor endorses the reasons given by the prosecution for requesting access to all the elements. In one of those explanations, referring to a document on the so-called ‘Trap’ project, the judge refers to BBVA’s attitude throughout the investigation.

“The importance of the document lies in the verification of how the internal working documentation of BBVA is much more extensive than the one that has been provided to the Court. This is of the utmost importance, given that one of the issues that gives rise to the exoneration of the possible criminal responsibility of the legal person is that of collaborating with the investigation in a complete and loyal manner and, documents like this one, show how far from such a reality, ”he points out.

Another of the files to which access has been given, details the magistrate, “shows how everything that has been investigated internally and contributed is nothing more than a consequence of planning to achieve the appearance of collaboration” by the bank. “If such a document, designed to communicate to the bank’s investors, was not finally published, what it reveals is the lack of transparency of the entity’s management team towards its shareholders and investors,” warned the judge.

In relation to another of the elements that are declassified, the magistrate who refers to the “manifestation of the entity’s willingness to collaborate, which is what has caused the main reports and documents that are part of the case to have been provided by unilateral will of BBVA’s own defense”.

The instructor has transferred all these documents a few days after the statement in court of the former president of the bank Francisco González. It was last Friday when he, before the judge, assured that he had no responsibility in hiring Villarejo and that the former manager.

All this within the framework of this piece of the ‘Tándem’ case, in which García Castellón examines the BBVA contracts with the Villarejo business group, Cenyt, for different projects -presumably illegal- at least between 2004 and 2017, some works for which the entity would have paid the commissioner more than 10 million euros.