The keys to the new self-employment contribution system in 2023 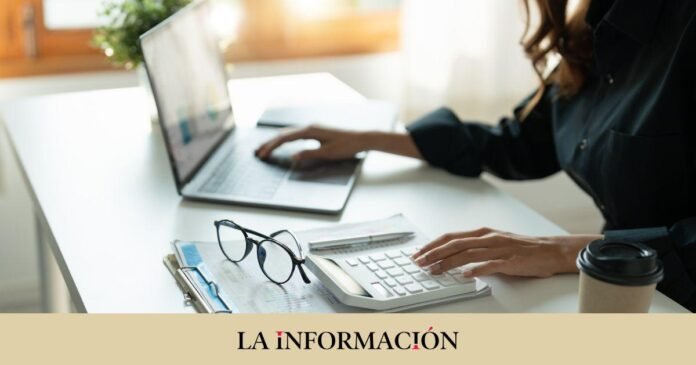 Those who are registered as self-employed workers should pay special attention to the changes that will be applied with the new year. On January 1, 2023, the new contribution system for the self-employed based on real net income came into force. This model will be rolled out progressively over three years and establishes 15 tranches with minimum and maximum bases, in such a way that quotas of between 230 and 500 euros are applied depending on the yields. The measure, which will affect the 3.3 million people subject to the Special Regime for Self-Employed Workers (RETA), was discovered last July in the Council of Ministers, promoted by the Ministry of Inclusion, Social Security and Migrations, led by José Luis Write.

To calculate these net returns, the self-employed must deduct from their income all the expenses produced in the activity and, on this, apply a deduction for generic expenses of 7%, or 3% in the case of the self-employed companies. These, in addition, can modify the tranche every two months and a total of six times a year, depending on the forecast for income or seasonality. The objective is that, within a period of nine months, a definitive model of contributions for real income is reached.

The agreement reached by Minister Escrivá and the social agents contemplated that the modification of the contributions would be made progressively throughout 2023, 2024 and 2025. Thus, if the net income of the self-employed person is equal to or less than the Minimum Interprofessional ( SMI), this will have to pay a fee of 230 euros the first year, 225 euros the second, and 200 euros in 2025.

When that period comes to an end, the Government of Spain and the social partners will again negotiate the sections for the years from 2026 to 2032.

New flat rate for self-employed in 2023

One of the great novelties of the new contribution system for the self-employed based on real net income is that it includes a flat rate of 80 euros for the start of the activity in the first year, which can be extended for another 12 months if the worker’s income is less than the SMI. For the rest, the quota that corresponds to their contribution bracket will be applied according to their net income.

In turn, a new benefit for cessation of partial activity is launched, which will be 50% of the regulatory base, it can be charged for four months in two years and will be compatible with the activity, so it is not necessary to realize deregistration from RETA or close the establishment.

Fee for common contingencies for the self-employed in 2023

If the self-employed contribute for common contingencies, they have access to the coverage that corresponds to them in the event of retirement, permanent disability, widowhood, remuneration in periods of leave and other family benefits. The payment of their monthly contributions to Social Security is recognized.

How is the new freelance quota calculated?

So that the self-employed can find out what the new quota that corresponds to them will be according to their net income, the General Treasury of the Social Security enables a simulator that allows them to calculate it, although the deductions will be applied to the figure.

Self-employed workers will have to indicate the bracket in which the monthly returns they expect to obtain are located. The simulator will show you the maximum and minimum quota for each corresponding tranche, as well as the breakdown of the contributions and the contribution base.

To calculate the net income, the self-employed must add to these the amount of the contributions paid to Social Security if they are taxed under the direct estimation system. Those who were already registered on January 1, 2023, must report all their activity on the Import@ss Social Security Portal before October 31. But, if they wish to change their contribution base because their returns are different from those of the base they have, they will have to request the change of base and communicate the forecast of net returns before February 28, to avoid subsequent adjustments.