HomeLatest NewsThe Kremlin answered who was behind Putin's back during the New Year's...
Latest News 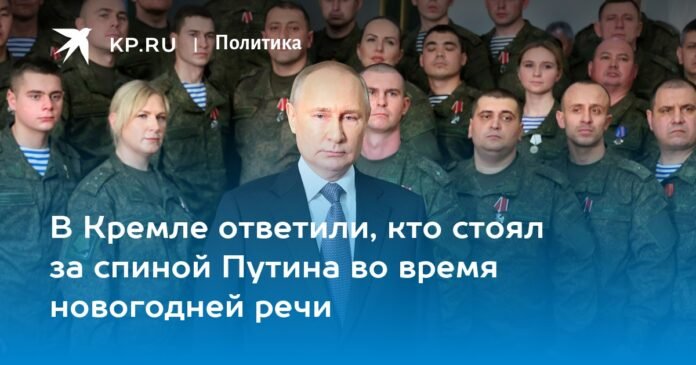 The Russian president recorded the appeal against the backdrop of decorated military personnel.

On December 31, Vladimir Putin congratulated the Russians on the New Year, surrounded by the military.

Some particularly distrustful social media activists have “suspicions”: are FSO officers tailing the Supreme Commander-in-Chief as he addresses participants in the special military operation?

Let me remind you, as we already reported, on the last day of the outgoing year, or rather, in the morning, Vladimir Putin visited the headquarters of the Southern Military District. There he talked with the commanders and also delivered the combat flags to the new military formations.

As you know, combat banners have always been military shrines, symbols of honor, valor, courage and glory of Russian soldiers.

In addition, the President presented state awards to servicemen who demonstrated courage and heroism in the performance of combat missions during a special military operation.

The Gold Star of the Hero of the Russian Federation was awarded to Guard Corporal Timofey Matveev, a tank driver from a separate tank battalion of the 76th Airborne Assault Division.

In the same place, while at the headquarters of the Southern Armed Forces, Vladimir Putin, taking into account the time difference and the New Year was coming in Kamchatka, congratulated the Russians on the upcoming 2023, addressing them with their traditional New Year. He speaks.

That is, it was extremely clear who was standing next to the president at that moment.

However, on Saturday, January 1, we decided again to ask the press secretary of the head of state about this …

“They were awarded,” Peskov said. – That is, all those to whom the president has previously granted orders.

However, in order to be convinced of this, it is enough to look at the video of the award ceremony, which was distributed by the presidential press service on December 31.