The large food markets reach normality after the Covid 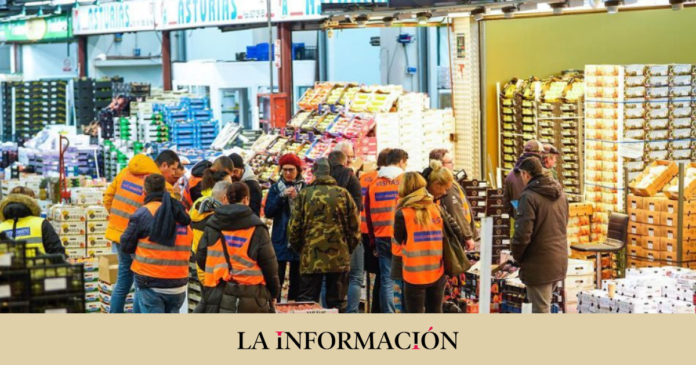 Christmas 2022 is the first holiday to reach ‘normal’ prior to the coronavirus pandemic, despite economic uncertainty and the uncontrollable rise in prices. These Christmas dates are marked by inflation, which skyrocketed after the start of the war in Ukraine, but despite the volatility suffered by the markets, the sales of wholesale companies have had a similar behavior to that of the pre-pandemic, and in which the consumer is not going to give up on innovating at their tables.

After two Christmas campaigns marked by covid, the large Spanish wholesale food markets -Mercamadrid and Mercabarna- arrive this Saturday for the first of the big Christmas events with a term that is finally coming true: normality.

80% of the product is fresh

The general management of Mercamadrid, the main food center in Europe, has confirmed to Efe that the season has been lived in terms of “normality” and very similar in demand to those of 2019, that year in which even the covid-19 did not it was part of the story.

80% of the product sold in this space, the key to the distribution of fresh produce in the country, comes from Spain and fish plays a fundamental role. Despite the rise in prices of the shopping basket, which exceeds 15% on average, in the Mercamadrid fish market, shellfish prices have been maintained in relation to last year, their organization has specified.

The growing trend of products such as smoked, preserved and salted products is observed, with salmon as the star product and with new additions such as smoked sardines, which has more and more followers.

Convenience is gaining ground and every year the number of customers requesting processed and semi-prepared fish products grows, especially from the hospitality sector, which this year is developing a good campaign -after two years marked by restrictions-. White shrimp, langoustine, Norway lobster and scarlet shrimp, as well as sea bream, hake, turbot and salmon have had a good start at the Christmas tables.

On the other hand, the main aquaculture products are always present as a good proposal: sea bream, sea bass and sea bass. The “ally” of frozen products is striking, both for bars and restaurants and for families. This year in Mercamadrid there have also been trends, such as the important commercialization of national algae, the “vegetable of the sea”.

In fruit and vegetables, in the Madrid market, red cabbage, endive, pomegranates, live lettuce, strawberries, pineapples and mangoes star again in the campaign, some classics that together with grapes and cherries, the latter imported in counterseason, appear cold.

In meats, the classics maintain their prominent role, such as roasts – lamb, poularda, capon and suckling pig – but, little by little, the presence of new and “select cuts” of beef is growing, including large pieces for catering, “such as tomahawk”. Also in this subsector, the demand for prepared and semi-prepared products has grown, with proposals that are almost ready to bake or simply heat up.

Mercabarna’s wholesale unions have planned for this year the recovery of the volume of sales to pre-pandemic levels, which means the distribution of 108,000 tons of fresh food.

Despite the inflationary scenario, the prices of products such as hake and red berries have fallen in this market, as detailed in their estimate of forecasts.

The recovery of the hospitality channel, which last year was greatly affected by the wave of ‘omicron’, has thus helped to return normality to a distribution that has experienced a year of fluctuations and not only in prices, as it has had to overcome the effects of a transport stoppage and a war in European territory.