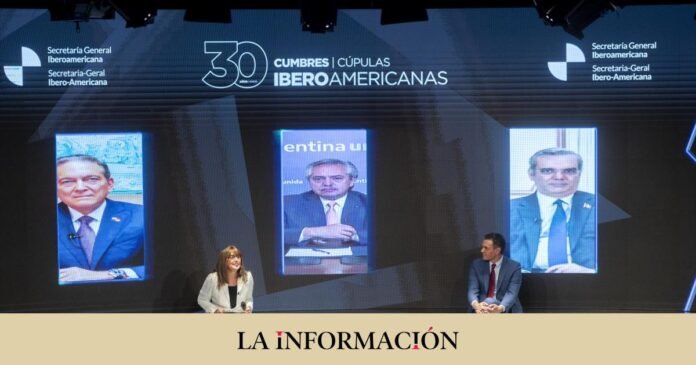 The historical-cultural bond that unites Spain and Latin America has been of great importance for the growth of both, being the two territories a source of mutual investment. Latin American companies that already constituted a fundamental part of the Spanish business fabric, now, with the war in Russia and the European search for energy transition and more autonomy, are today more than ever in the spotlight and do not promise, a 202 the Several electoral processes will take place.

However, the constant instability in the region, which has been worsening more than ever at the end of 2022, is a continuing challenge for national companies. The coming to power of Lula da Silva in Brazil and Gustavo Petro in Colombia has not yet had a considerable impact on the economy, which is pending the evolution of presidential elections that are key to the future of trade relations.

This 2023, the elections in Argentina, Guatemala and Paraguay will be key. In Argentina, the government faces the end of its term in difficult conditions, aggravated by the conviction for corruption against Vice President Cristina Fernández. If the center-right opposition and radicalism stay together, there are serious possibilities that they will regain power.

In Paraguay, the hegemonic political party of Colorado faces difficult elections in 2023 due to suspected fragmentation, while at the same time the party will have to respond to US sanctions for the alleged corruption of some of its leaders. If it is possible to avoid a break between the determined of President Mario Abdo Benítez and those of former President Horacio Cartes, it is likely that he will defeat Efraín Alegre, of the Authentic Radical Liberal Party (PLRA).

In Guatemala, the future of the country is unknown before two candidates for the government with quite different political positions. The two with the best options are the conservative Zury Ríos, daughter of former dictator Efraín Ríos Montt, and the populist (center-left) Sandra Torres, ex-wife of former president Álvaro Colom.

A region charged with tensions and crises

In addition, it will be necessary to see what happens with the rest of Latin American countries such as Peru or Bolivia, where the environment has been escalating in tension. This year it will be seen if Peru, once Pedro Castillo’s continuity problems have been solved, is heading towards a new institutional crisis under the presidency of Dina and if in Bolivia the struggle between the national government and the departmental government of Santa Cruz is redirected.

Likewise, it will be necessary to analyze the impact of the Haitian crisis in the Dominican Republic, the viability of Naive Bukele from El Salvador and Xiomara Castro from Honduras, and the difficult coexistence in Costa Rica between President Rodrigo Chávez and Congress.

Also relevant is the election of a new governor of the state of Mexico, which until now was under the command of the traditional stronghold of the Institutional Revolutionary Party (PRI). Especially if we take into account that the Mexican president, Andrés Manuel López Obrador, continues to ensure that relations between Mexico and Spain are “on pause.”

Lastly, the economic and migratory situation in Cuba is worrying. Spanish diplomacy must closely monitor what happens there, both because of its repercussions on the continent as a whole, and because of the way in which it could affect the bilateral relationship. Something similar is happening in relation to Venezuela, especially after the start of an incipient rapprochement with the US and the possibility of resuming negotiations with the opposition in Mexico City.

After the pandemic, the uncertain future of the Latin American economy already showed widespread doubt among Spanish companies that had invested in this region. Fortunately, the regional economy advanced by 6.3%, a higher rate than the global 5.9%. But given the difficult circumstances that Latin America had suffered, the region was left with a very high level of public debt. According to the ‘Global Latam’ study carried out by ICEX-Invest in Spain and the Ibero-American General Secretariat, the average debt of the governments of this region stood at 77% of GDP.

Latin America is of vital importance to Europe for its natural resources, which would help to carry out the much sought after green transition. Bolivia, Argentina, Chile, Mexico and Peru control 67% of the world’s lithium reserves, a critical material for the production of electric car batteries, according to the ‘Global Latam’ study. In addition, the region has abundant hydrological resources, as well as great potential to generate renewable energy, including green hydrogen, as indicated by the Elcano Royal Institute in a study entitled ‘Spain in the Latin world’ Amédes enafivas and perspectives and .

It must be borne in mind that Spanish investment in Latin America accounts for close to 30% of total Spanish foreign investment, a volume of 148.8 billion euros. In recent years, Spanish investment in Latin America has experienced some ups and downs, but the region continues to be a fundamental destination for national companies, in the case of the Ibex 35, specifically there close to 25% of its business volume, even exceeding in some years 40% in the case of Santander, BBVA or Telefónica.

In addition, a total of 652 Latin American companies have investments in Spain, having generated more than 32,715 direct jobs, according to data from the Spanish Investment Registry (2019). Accumulated investment is highly concentrated in Mexico, which accounts for 58.9% of the Spanish total in the area, with 27,786 million euros. It is followed by Argentina (15.5% of the total), Venezuela (8%) and even further away Brazil, Uruguay and the Dominican Republic.

Spain’s relationship, as well as that of the EU, is being affected by the continued fragmentation of Latin America. To strengthen relations and neutralize the presence and influence of other international players, such as China, Russia and Iran, the EU will need to invest heavily in the region in the coming years. In any case, according to a study by the Elcano Royal Institute, Spanish companies with fear of roots in those countries do not live with undue political changes.

Share
Facebook
Twitter
Pinterest
WhatsApp
Previous article
“Because of the festive table – to the operating room”: the top 5 reasons why Russians go to the hospital during the New Year holidays are named
Next article
RIA Novosti: In the LPR, a suspect was detained in the transfer of data on the movement of the Russian army to Kyiv KXan 36 Daily News