The legend of the domestic Aeroflot. 60 years ago, test pilot Vladimir Kokkinaki took off from the Il-62 KXan aircraft 36 Daily News 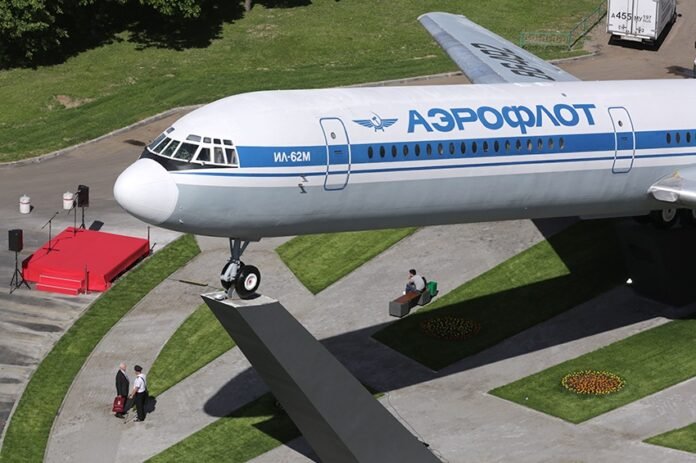 On January 2, 1963, test pilot Vladimir Kokkinaki, twice Hero of the Soviet Union, took off the first prototype of the Il-62 long-range turbojet aircraft, created at the Ilyushin design bureau. Without exaggeration, this aircraft, which was created under the direct supervision of aircraft designer Sergei Ilyushin, is a real milestone in the history of the domestic aircraft industry.

Il-62 became the first Soviet jet aircraft capable of non-stop intercontinental flights. He implemented many bold design solutions. Thus, the arrangement of the engines in the aft fuselage made it possible to significantly reduce noise in the passenger compartment and improve the aerodynamic quality of the “clean” wing. The aircraft could safely complete takeoff with one engine failure, and cruise flight and landing approach even with two engines failing!

After replacing the NK-8-4 engines with more advanced D-30KUs and making other design improvements, the Il-62’s flight range, commercial payload, and economic efficiency increased significantly. The new modification was called the Il-62M, and for many years the aircraft was rightfully considered the flagship of Aeroflot. It successfully flew long-distance routes, such as Moscow-Tokyo and others. And in June 1975, he successfully made a flight along the famous Chkalovsky route – from Moscow through the North Pole to the United States. Like the arrival in Vancouver in 1937 of Valery Chkalov’s crew, the flight of the Il-62M over the ocean through the pole caused a storm of joy among Americans…

The Ilyushins were proud of the fact that members of the country’s government have always flown on the Ilakh. So, Il-18 was Khrushchev’s favorite aircraft, Il-62 became Brezhnev’s favorite aircraft. By the way, it is known that Leonid Ilyich was an avid domino player. That is why, they say, after almost every flight, they had to polish the table in the main cabin: clean scratches…

For several decades, the Il-62 served as “board number 1” for the transportation of the first people of the state: from Brezhnev to Yeltsin. It ceased to be the “president’s plane” only in 1995, when the Il-96 came to replace it.

IL-62 has received wide international recognition. A significant part of these machines was manufactured for export. According to experts, the popularity of the aircraft was partly due to the presence of various modifications that expand the capabilities and improve the performance of the aircraft.

A total of 289 Il-62s (with prototypes) were produced. This aircraft set several world records for speed and flight range.

The Il-62 aircraft was the last project of the legendary designer Sergei Vladimirovich Ilyushin and the last aircraft tested by the no less legendary pilot Vladimir Konstantinovich Kokkinaki.