HomeLatest NewsThe "Martyanych" restaurant, which opened its doors 130 years ago, was ahead...
Latest News

The “Martyanych” restaurant, which opened its doors 130 years ago, was ahead of its time and revolutionized KXan 36 Daily News 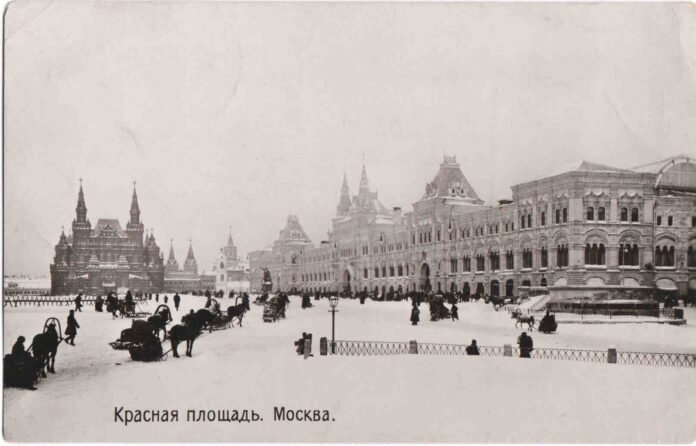 19-year-old Pyotr Nikolaevich Martyanov moved to Moscow from the Dmitrovsky district with his father, a merchant of the second guild, Nikolai Martyanovich Martyanov. They lived on Bolshaya Serpukhovskaya street. Nikolai Martyanov maintained furnished rooms, three taverns, a Rens winery (a shop selling mostly foreign alcoholic beverages to take away), and a porter’s shop (a type of drinking establishment in the Russian Empire).

Pyotr Nikolaevich gained experience and understood the wisdom of the family business. At the age of 25 he became a merchant of the second guild. Martyanov Jr. ran taverns, traded in sugar and wine. And in 1893 he dared to open his own restaurant. And not just anywhere, but under the legendary Upper Trading Rows, in a huge basement.

The merchant called the establishment “Martyanich”.

Risk is a noble cause

Of course, Martyanov took a risk. In the face of fierce competition (the Slavyansky Bazaar, the Testova restaurant and the Great Moscow Tavern were already successfully operating nearby), in order to offer potential visitors to go down into the basement without natural light and normal ventilation, it was necessary to have a good business. . plan. And Martyanov had it.

The merchant spent a lot of money on competent lighting, air purification and original design of the premises. To do this, Martyanov hired the best architects in Moscow. The main “feature” of the interior was the change of scenery before the big parties. For example, at Easter, the establishment was decorated with garlands of fresh flowers: lilacs, violets, roses and daffodils. Martyanov was the first among Moscow restaurateurs to come up with a thematic design of the halls. They say that from that time the tradition of organizing flower festivals was born in GUM.

But Pyotr Nikolaevich attracted visitors not only with daffodils and violets. The main emphasis was placed on high-quality Russian cuisine and proximity to the shopping arcade. After all, after a successful “purchase”, it was easy to dine here with the whole family. Today this seems absolutely natural to us, but a couple of centuries ago the appearance of women in catering, without a spouse and children, was considered rude. Martyanych had such a reputation that it was not shameful for the beautiful half of humanity to eat something here.

And the prices are unbeatable…

“Martyanich” was almost the largest restaurant in Moscow. Judge for yourself: 7 common rooms, 16 separate cabins and 4 dining rooms with counters. The restaurant could accommodate 300 visitors at the same time.

But, despite the gastronomic diversity, the high quality of the dishes and the central location, the prices in “Martyanych” were more than acceptable. A three-course dinner with a glass of champagne costs one ruble (3328 rubles in the reality of the end of 2022, today a similar dinner in a good restaurant will obviously cost more). Not surprisingly, the restaurant’s ad read: “The service is first rate! The prices are second rate!” So there were queues of those who wanted to eat tasty and cheap food in Martyanich, especially when there were periods of “cheap” prices (as sales were called) on the Upper Trading Rows.

Speaking of publicity, Martyanov had no competition here. Only he could promote his restaurant in such a complex way. Even modern marketers would envy…

Advertisements promoting the restaurant were regularly printed on the front pages of popular Moscow newspapers under the authorship of the enigmatic “Uncle Mikhey”. And always riveted the attention of readers.

For example, all of Moscow repeated: “There is no time to cook at home, wives rush for cheap things. Let husbands not argue: why ‘hell at home’? Things can be simplified: order, take an office , for Martyanych’s Lunch of wife, children and mother-in-law.

And on Maslenitsa in the newspapers they read the following: “A magical flight to a wonderland! To distant lands, to the kingdom of luxury and brilliance! To the residence of the mighty Pancake! A grandiose carnival in magnificent halls !”

It seemed that the fantasy of an intrepid restaurateur knew no bounds. And in honor of the upcoming holiday, he turns his institution into a “seabed”, which is certainly reported in verse:

Martyanich is our magician-restaurateur and innovator in the restaurant business, I thought to treat guests to a feast, as Sadko once went to the bottom of the sea.

For Gogol’s anniversary in 1909, a special menu was invented. Photo: From the collection of the Bakhrushin Museum

Such a Western-style publicity attack was unusual for many. At first, they laughed at Martyanov and called him “Moscow American Nouveau.” But very soon such a promotion strategy paid off: there was no end to the visitors.

In September 1893, the Moscow City Duma hosted a dinner at Martyanych in honor of a visiting delegation of French senators. The lunch menu consisted of dishes of Russian cuisine, but their names were written in the French manner: Oukha de Stеrlet – sterlet’s ear, Rasstegais – pies, Kacha and la Gourieff – Guryev’s porridge. And the decorative panels inside the restaurant represented the boulevards, the streets and the gardens of Paris.

At the end of the 19th century, the tradition of celebrating the New Year in restaurants appeared. Naturally, Martyanov was preparing something special for his visitors at that time. He placed a decorated Christmas tree on each table so that the establishment turned into a fairy-tale forest and created the promised “fir-tree mood”.

The Stolichnaya Rumor newspaper has calculated how much it cost Muscovites to celebrate the New Year of 1911 in restaurants. So, “Martyanych” in terms of total revenue was second only to “Metropol”, “Yar” and “Hermitage”. On New Year’s Eve, 250 bottles of champagne were drunk in a restaurant below Upper Trading Rows, earning the kitchen 2,700 rubles. Total income amounted to about 6,000 rubles. (19,969,200 rubles in December 2022 reality shows).

Residence of the People’s Commissar Tsyurupa

Pyotr Martyanov’s affairs began to be conducted by his widow, the wife of the merchant of the second guild, Anna Afanasyevna. And she drove them pretty well. Even during World War I, he managed to maintain a varied menu. Here is an example of a lunch in “Martyanych” in 1915, described by the military leader and future Lieutenant General Mikhail Gerasimov in his memoir “Awakening”:

“We were served very cold cabbage for lunch, an exceptional delight… The first, a heady cabbage soup. They were a deserved success. The second, a whole roasted pig, caused a sensation. The pork was followed by fried carp with buckwheat porridge. Drink kvass was served …”

Recipe: dissolve the yeast in lukewarm milk. Add sugar and a little flour. Let rest in a warm place for the dough to rise. Add salt, vegetable oil and flour to the dough. Knead the dough. Put in a warm place for an hour. During this time, prepare the filling. Fry the chopped onion and grated carrot. Add chopped cabbage, cover the pan with a lid and bring to a simmer. Separately fry finely chopped meat. Mix cabbage with meat, add tomato paste and salt. Simmer everything together for 10-15 minutes. Let the filling cool down a bit. Roll out small pieces of dough. Put the filling in the center and pinch the edges on both sides to make a “boat”, leaving a small hole in the center. Place the cakes on a parchment lined baking sheet. Lubricate the cakes with yolk and sprinkle with sesame seeds. Let stand for 10 minutes. Place in the oven, preheated to 200 degrees, for 15 minutes.

Recipe: rinse the sturgeon heads, remove the gills, chop into pieces and scald with boiling water, remove and rinse again. Put the head in a saucepan and cook over low heat for 3-4 hours. About an hour before the end of cooking, add sauerkraut, onions and roots (carrots, parsley, celery), previously fried, into the broth. Add salt, peppercorns, bay leaf, and flour dressing. Flour dressing: put oil in a saucepan, heat it up, add flour and, stirring constantly, fry until golden brown.

Recipe: pour buckwheat semolina with two glasses of water, bring to a boil, reduce heat. Boil buckwheat. Salt to taste. Wash the fish, make crosswise cuts on the back on both sides and rub with salt and pepper. Cut the mushrooms and onions. Heat vegetable oil in a skillet. Saute mushrooms for 5-7 minutes. Salt. Sauté the onion in the same oil. Add mushrooms and onions to buckwheat porridge. Mixture. Preheat the oven to 180 C. Put the fish in the baking sleeve and place it on a baking sheet. Then add the garnish. Part of the porridge will fit inside the fish, and the rest will be laid out on a baking sheet. Tie the sleeve on both sides. When the fish is ready (after 40-50 minutes), cut the sleeve from the top, open it and leave the carp in the oven for another 5-7 minutes. The finished fish can be sprinkled with lemon juice.

Share
Facebook
Twitter
Pinterest
WhatsApp
Previous article
Our year 2022 in social networks: Direct, surveys and lots of data
Next article
How to get rid of fatigue and really relax on the New Year holidays: important advice from a psychologist