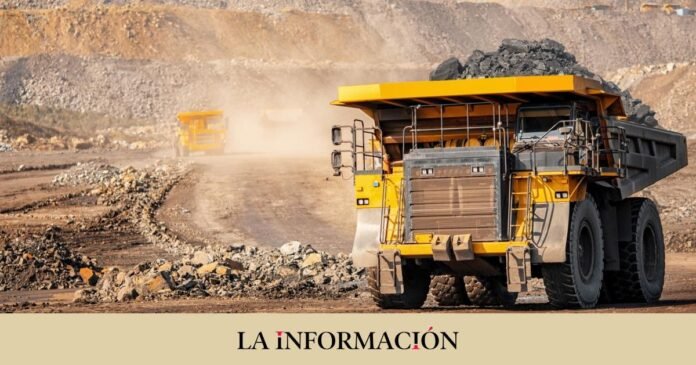 The new Mining Law that the Government intends to carry out does not like the sector. At least to the companies and associations that make up Primigea, the Confederation of industries dedicated to the exploitation of mineral raw materials, which has questioned the need to implement a new standard, considering that the current one, promulgated in 1973 and therefore, pre-constitutional, still proves its validity.

The Government abandoned the prior consultation corresponding to the processing of this new legislation a few weeks ago, in order to take the pulse of the mining sector and learn about its concerns and claims. However, the associations and companies grouped in this confederation have shown their predisposition to maintain the current norm, having achieved legal certainty and “a stable framework of regulation of the mining regime.”

In her allegations, Primigea questions the intentions of the current Executive and proposes a “limited update” of the rule. He gives as an example all the previous attempts to reform or replace it, without any of them being completed “due to not having managed to capture a better mining legal regime than the one contemplated in that Law.”

They demand to wait for European regulations

The rejection of the mining sector is complemented by the request to wait for Brussels to rule on the European Law on critical, essential and strategic raw materials, another rule whose regulation is currently being processed and which “in all probability will have a significant and immediately in the legal system”. Primigea considers, therefore, “premature” to address this modification or update of the 1973 law until it is approved and it is known how to develop European regulations.

Regarding the problems that the sector has to face today, the Confederation considers that “most of the factors that slow down the processing of procedures are not derived from the current Mining Law, but from the general application of the rest of the regulations sectoral”.

Instead, they do request the implementation of a new law that promotes sustainable mineral raw materials. This norm would allow, in his opinion, to clarify and reconfigure certain aspects such as the mining technique, the establishment of benefit, separating the duration of the projects from the mining rights or a specific application of the rules of compulsory expropriation.

Regarding the current Mining Law, they propose that, if modified, it be to adapt to the autonomous communities -since it currently obeys the territorial organization of the state during the dictatorship-, as well as incorporating coordination instruments between the autonomies. They also ask to guarantee the right to free enterprise, to improve the legal certainty of new initiatives or to expedite procedures.

Other measures proposed by the mining employers’ association are the creation of certifying entities for the extractive industry, similar to those that already exist at the urban level, to coordinate bureaucratic procedures; delimit the powers of the town councils, or create a Spanish Agency for Mineral Raw Materials that centralizes the powers and institutional activity of the sector.