The Ministry of Defense destroyed 15 drones, three helicopters and one plane of the Armed Forces of Ukraine in one day 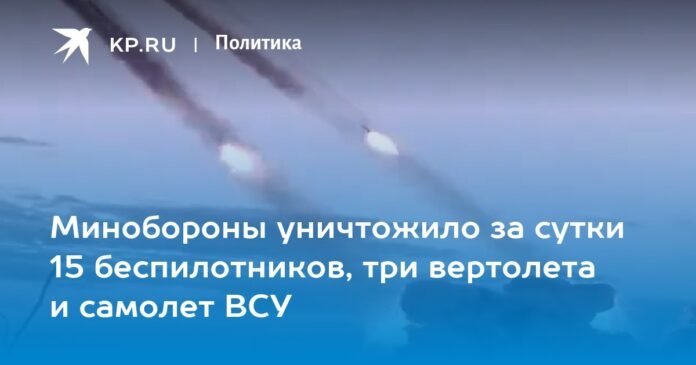 The lieutenant general noted that in the course of offensive operations in the Donetsk direction, Russian troops destroyed a combined tactical group of foreign mercenaries and defeated units of the 10 mountain assault brigade of the Armed Forces of Ukraine in the area of the settlement of Razdolivka. Dozens of enemy armored vehicles were also burned.

7222 – tanks and other armored fighting vehicles