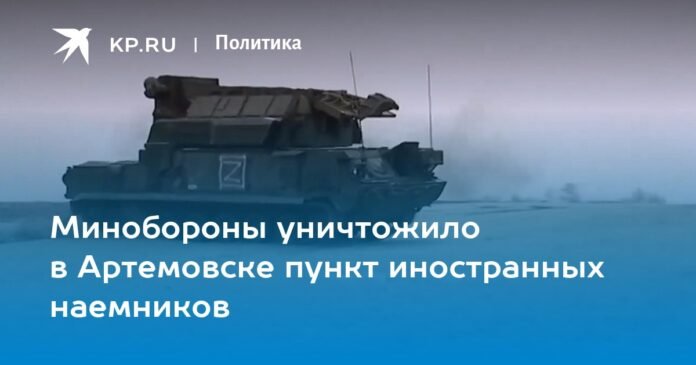 At the last briefing, the official representative of the Ministry of Defense of Russia Igor Konashenkov reported data on the losses of the Armed Forces of Ukraine in the main areas of clashes with our military: more than 30 Ukrainian servicemen were killed in the direction of Kupyansk. , up to 60 in Krasno-Limansky, more than 80 in Donetsk, more than fifty.

The lieutenant general noted that two reconnaissance groups of the Armed Forces of Ukraine, operating in the direction of the Chervonaya Dibrova settlement, Luhansk People’s Republic, were also liquidated in the Krasno-Limansky direction.

Dozens of tanks, armored vehicles and vehicles of the Ukrainian Armed Forces were burned along the entire line of contact.

In addition, near the city of Artemovsk in the Donetsk People’s Republic, our soldiers attacked a temporary deployment point of a foreign mercenary unit.

7240 – tanks and other armored fighting vehicles.

Share
Facebook
Twitter
Pinterest
WhatsApp
Previous article
Ministry of Defense: Russian Armed Forces destroyed more than 80 soldiers of the Armed Forces of Ukraine and mercenaries in the direction of Donetsk KXan 36 Daily News
Next article
The State Duma is developing a bill to increase the tax rate for deceased Russians.