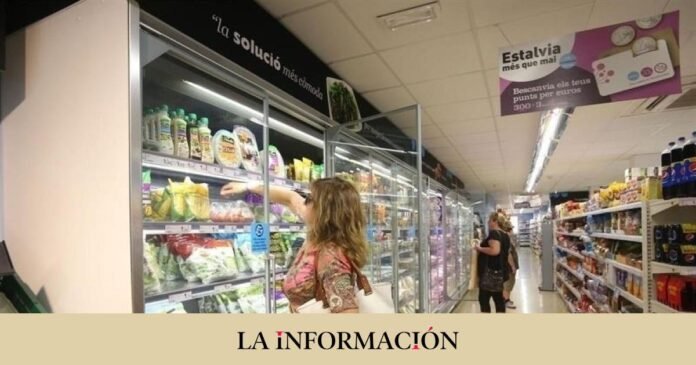 After ten months of war in Ukraine and a moment of global economic uncertainty, it seems that the uncontrolled rise in inflation as a result of the conflict started by Russia is beginning to moderate. Various economic organizations estimate that inflation will be around 6% year-on-year in December, which is almost five points below the maximum of 10.8% reached in July, its highest level since September 1984. If the estimates of the economists consulted by Europa Press were met, inflation would add five consecutive months of decreases in its interannual rate, after it fell three tenths in August, to 10.5%; in September it will drop 1.6 points, to 8.9%, in October it will drop 1.6 points, to 7.3% and in November it will cut its interannual rate by half a point, to 6.8%.

On December 30, the National Institute of Statistics (INE) will publish the advanced data of the Consumer Price Index (CPI) corresponding to the month of December, a rate that is used in many collective agreements as a reference for salary gains.

Agreements that contain a safeguard clause to offset the initial rise of the year with the year-on-year CPI for December will have to take as a reference the percentage that the INE ends up confirming in mid-January –when it publishes the final data–. All this, in a context in which the Government and other national and international organizations are urging the social agents to reach an agreement on the income agreement that gives a path of evolution of wages and business margins in the next years.

Funcas and BBVA Research coincide and place it at 6.1%

The director of the Funcas Situation, Raymond Torres, predicts that the CPI will stand at 8.5% on an annual average in 2022, and at 6.1% in December in year-on-year terms. In the case of the underlying CPI, which discounts energy and fresh food, the values ​​were 5.1% and 6.3%, respectively.

Speaking to Europa Press, Raymond Torres explained that the rise in energy prices, the main factor in the current inflationary process, is moderating as a result of the determination of the oil and gas markets, with the consequent impact on the energy market. electricity. However, it has announced that the rest of the prices are still incorporating the increase in energy prices: of the more than 190 prices that make up the CPI, around 100 are increasing at a rate of more than 6%, among which stand out the food.

From BBVA Research, Miguel Cardoso has indicated in statements to Europa Press that the entity’s forecasts in real time indicate that, in year-on-year terms, headline inflation could drop to around 6.1% in December, but core inflation would rise to 6.5%

As even the expert has explained, this divergence between total and subjacent inflation is due to the certainty or fall observed in the price of electricity and fuel, respectively. On the other hand, he has pointed out that the rest of the goods and services are gradually incorporating the increase in the cost of energy, which will mean that most of the consumer basket continues presenting price increases of around 5%. .

For its part, CEOE estimates that inflation will close December at around 6%, with an average of around 8.5%, and that it will continue to moderate in the coming months.

From Fedea, Javier Ferri has highlighted the “lag” between Spain and Europe in terms of the evolution of the explosion throughout this year. Although Spain was one of the countries to register the fastest high CPI rates, it is now the region with the lowest level in the euro zone. For this reason, he estimates that the interannual average of the CPI this year will almost certainly be in a range between 8.3% and 8.5%, as forecast by the Bank of Spain (8.4%).

Predictions of around 4% for the next year

By 2023, the director of the Funcas Conjuncture has signed that the forward energy markets point to maintaining oil and gas prices around their current levels. Under this assumption, energy would no longer act as the main inflation factor –although prices will continue to be high and subject to great volatility–.

“What happened with the CPI resulted, therefore, from the persistence of the pull in food, and above all the behavior of underlying inflation, that is, from the so-called second-round effects,” he indicated.

All in all, its forecast for 2023 is that inflation will continue de-escalating to close to 4.5% on an annual average, both in total and core CPI. The forecasts from CEOE is that in 2023 the average rate will moderate to around 4%, the same figure that BBVA Research forecasts.