HomeLatest NewsThe oil nightmare: inflation, the worst harvest of the century... and the...
Latest News

The oil nightmare: inflation, the worst harvest of the century… and the plastic tax 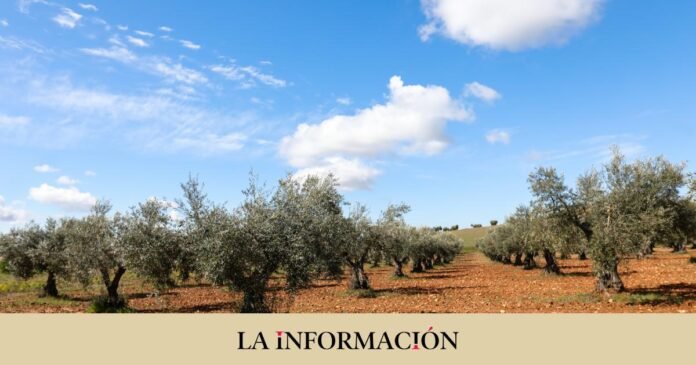 The olive oil sector in Spain has lived in a true black circle since the 2022-2023 campaign began two months ago. The harvest will barely reach 50% of the past (it will reach just 769,000 tons), while the new PAC, which will enter into force on January 1, will lose 25% of the current aid to Andalusian olive growers according to agricultural organizations .

Likewise, it is estimated that with the expected harvest capacity and the link from previous campaigns, the 1.6 million tons consumed and exported in the previous campaign cannot be reached, by any means. In addition, the National Association of Industrial Packers and Edible Oil Refiners (ANIERAC) sees it unfeasible to moderate the price of olive oil on the shelf if the creation of the new tax on plastic for the food industry continues, which would mean an estimate for the entire Spanish agri-food industry of 690 million euros.

Undoubtedly, olive oil, the green gold of the Spanish countryside, is beginning to experience its ‘annus horribilis’, which comes just after a past campaign, 2021-2022, classified as the “best in history”.

A whole set of factors, those that the sector is currently experiencing, that mean that in the field, at the foot of the mill, the price of extra virgin olive oil has the highest price in history, 5,461 euros per kilo, according to the latest data from the poolred system to which ASAJA-Jaén has had access, from December 20 to 26, while on the shelves of stores and supermarkets the price of a bottle of extra virgin does not drop below 8 euros.

A registered price and at the final destination at origin that, in any case, does not meet the aspirations of farmers because of the reduction in olive production, the increase in the price of energy, phytosanitary products, fertilizers and the increase in the cost of harvesting , has triggered the average cost of production of a kilo of extra virgin olive oil to eight euros as reported by COAG-Jaén this past December 27 in its balance of the agricultural and livestock year.

AINERAC considers that the request that the Minister of Agriculture, Fisheries and Food, Luis Planas, has made for all the links in the food chain to make an effort to moderate the prices of olive oil is not coherent and crashes head-on with the reality of a year where the lack of rain has given rise to meager production and great tension in the markets.

In this context, the industry asks to delay the entry into force of the tax on non-reusable plastic containers, since it would mean “an estimated cost for the entire Spanish agri-food industry of 690 million euros” and more when “Spain is the only country that contemplates” the entry into force of a tax of these characteristics. Since other states, such as Italy, will postpone its application due to the current economic situation.

On the other hand, a few days before the entry into force of the new PAC 2023-2027, the changes that this new reform will generate are a cause of uncertainty among farmers and ranchers. The eco-regimes or eco-schemes one of the main novelties of the CAP more than 25% of its current aid.

The coup of the CAP

The general secretary of ASAJA-Sevilla, Eduardo Martín, describes the reform of the CAP as “very damaging” and reminds olive growers that the application of ecoregimes in the olive grove arose to be able to save at least part of the loss of aid that it will entail the transition from the current green payment to the new ecoregimes. And that happens by correctly applying, among other requirements, the vegetal covers. However, Martín considers that the Ministry must be aware that in addition to being sustainable from an environmental point of view, the olive grove is also allowed to continue being profitable.

“We are farmers, we are not forest rangers, and this is what we have been reiterating to the Ministry, that you cannot be green when the numbers are red.” Even from the Ministry of Agriculture of the Andalusian government it is estimated that of the 100 million that Andalusia will lose annually with the new PAC, 50 corresponds to the olive grove, for which it requires “flexibility so that this first year of application of the new PAC is transitional “.

And all this in a context in which the Ministry of Agriculture, Fisheries and Food (MAPA) has once again revised slightly downwards the estimates for the 2022 harvest -2022/23 marketing campaign-, situating the production of olive oil in Spain at 768,894 tons (773,881 tons in the previous report); which represents a decrease of 48.4% with respect to the previous season, according to its latest preview of surfaces and productions.

The sector, on the other hand, has shown its moderate satisfaction with the reduction of VAT on olive oil from 10% to 5% in the next six months by the central government in its Council of Ministers on Tuesday, December 27. “Any measure that facilitates consumer access to a healthier diet is welcome, but we would have preferred to go to zero VAT like other basic foods,” says Pedro Barato, president of the Spanish Olive Oil Interprofessional.

And it is that according to Barato, “it must be taken into account that olive oils are enduring enormous tension in world markets, mainly due to forecasts of a very configured production, due to the effect of the drought in the Mediterranean. In fact, the Ministry of Agriculture, Fisheries and Food has once again lowered its harvest forecasts. Now, we wouldn’t even get to 770,000 tons this year.”

Low production could lead to a supply problem

“Exports and internal consumption would have to be reduced, compared to last year, so that there is no shortage of oil, especially taking into account that there is not much margin for oil imports since the rest of the countries also suffer decreases in their production” , sentences the general secretary of COAG Jaén and responsible for Olivar of COAG Andalucía, Juan Luis Ávila. This one also predicts that, “for this very reason”, prices will not drop and also charges against Minister Luis Planas for his constant calls for moderation of prices at source of olive oil: “the same will focus on the margins of the distribution and the taxes of the administration to the olive oil”, has sentenced. It is, finally, the difficult campaign facing one of the jewels of our agriculture, olive oil.