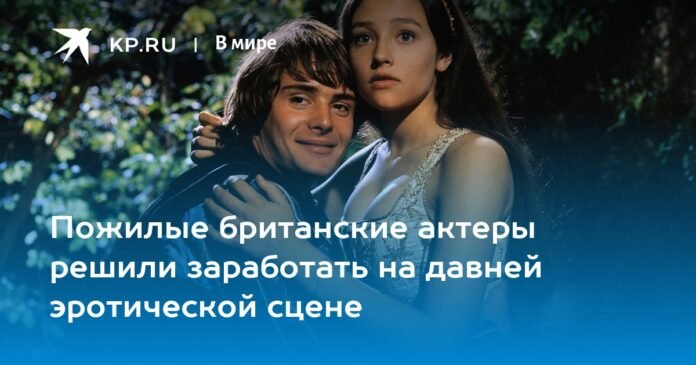 Frame from the 1968 British film adaptation of Romeo and Juliet.

Without being the most famous actors in the world, Leonard Whiting and Olivia Hussey sued Paramount Pictures over a bed scene in which they had to participate more than 50 years ago.

British elders claim to have been duped.

Perhaps the only acting success of Whiting and Hussey can be called their participation in the film of the outstanding Italian director Franco Zeffirelli “Romeo and Juliet”, released in 1968.

Young British actors (Leonard was 17 at the time of filming, and Olivia was 16) were so convincing in Shakespearean roles that the world identified them with the real Romeo and Juliet for a long time.

However, the further career of the actors did not turn out very well: Whiting’s filmography includes about a dozen paintings, and Hussie had more, but there were no particularly striking roles. But that is another story…

Leonard Whiting was 17 at the time of filming and Olivia Hussey was 16.

And now about the fact that after half a century, having seriously matured (both actors are already over 70), the former Romeo and Juliet suddenly “remembered” that there was a bed scene in their only truly successful film. And remembering, they realized that at that time they were minors and, naturally, they decided to earn extra money in this business. As much as $500 million. Right, for two.

It is not known how, in case of winning a case in court, Shakespeare’s former lovers will share the profits and what they will appreciate more: Romeo’s bare buttocks shone in the frame or Juliet’s breasts, but the fact remains that the actors demand money. They claim the bed scene was fraudulently filmed. Zeffirelli allegedly said that he would not have to be completely nude and later changed his mind during filming, explaining this by the requirements of realism. At the same time, just five years ago, Olivia Hussey herself passionately defended her “nudity” of her, claiming that the scene was filmed very talented.

Since Zeffirelli didn’t live to see the lawsuit (the director died at 96 in 2019), the elderly Romeo and Juliet blamed it all on the movie company and want to get their half a billion dollars out of it. Paramount Pictures is silent for now.