HomeLatest NewsThe only way out of Russia: why the country should switch to...
Latest News

The only way out of Russia: why the country should switch to a mobilization economy 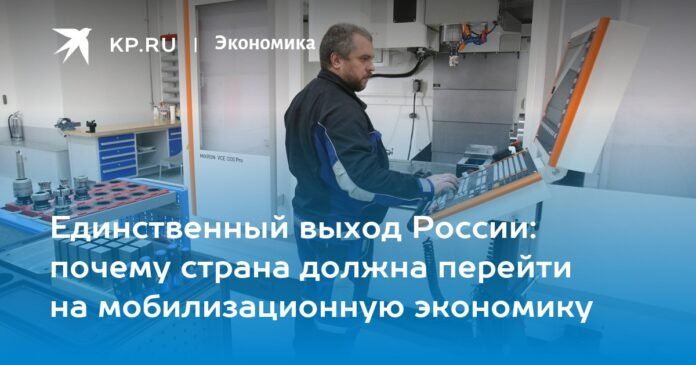 Now, after all, there is no longer “just industry”, now the industry is high-tech

Next year will be much easier for the Russian economy than the outgoing one, said First Deputy Prime Minister Andrey Belousov on the Rossiya 24 TV channel. This opinion, as well as the situation of the country’s economy in general, was discussed by the presenters. Igor Vittel and Ivan Pankin on the air of Radio KP with a senior researcher from Moscow State University, Candidate of Philosophical Sciences Alexander Segal.

IF SCIENCE IS NOT DEVELOPED, THERE WILL BE NO INDUSTRY

– Alexander Petrovich, do you agree with Mr. Belousov? Will 2023 be a better year for the economy?

– You know, I am not prone to cheerful optimism. Thank God that the upheavals that occurred last year were not as terrible as promised. It seems to me that not everyone has come up with unpleasant things that can be done against Russia.

– Andrei Belousov says that there is no point in creating a mobilization economy in Russia today, the country has reserves.

– That is, a project to create an atomic bomb?

– Fine. In fact, they gathered people there, put them in a certain closed space, roughly speaking, so that information would not leak out, and people worked. It was a system that functioned under the control of the state.

– Do we need a mobilization economy now?

– I think it’s necessary. This is the only way out. Pay attention, we continue working in the same paradigm in which we worked in the fat days of peace. That is, now we will enter the world market, buy all kinds of beautiful electronic things there, and live well. But they have already stepped on this rake, it has already become clear that we can be blocked by high technologies, we can be blocked by high-tech products…

And what, and now we will not invest in our science and industry? Now, after all, there is no longer “just industry”, now the industry is high-tech. Therefore, if science does not develop, industry will not develop.

RUSSIA HAS NO TIME

– Let’s clarify. It is clear that it is impossible not to treat the patient. We need to catch up and, of course, invest in education, science, everything. But now we need a big leap forward so that we can get through all of this at a fast pace within the mobilization economy. Such, conditionally, a jump from Mao Zedong, where we will fly over the abyss, find our new niches in which the world will depend on us, and again everyone will come to us, because there is no path without the Russians. But now, instead of energy carriers, there will be new technologies, ingenious Russian brains.

– “Let’s fly over the abyss” – reminds me of a joke. When in the mountain village there were competitions to jump across the gorge, and the first place was taken by the one who only two meters did not fly to the other side. This is what we don’t need! The great Chinese leap is not necessary. In my opinion, if we want to do something, then the Russian economy should be: a – mobilization, b – autarkic (self-sufficient, – Ed.). Because we are now working in the same paradigm, we are still thinking from the point of view of Russia, which has ruined its entire industry and is thinking where to buy something. All this time is running out. And we started to produce something of our own, like the Chinese, or…

– The Chinese took many years. At least the last 30 years. We don’t have this time. One of the guests of our air said the other day: “If everything continues like this in terms of the economy, then next year Russia in the form in which it exists, and we simply will not survive.”

– Well, about the fact that we will not survive, I would not speak so scary, but time is very short. Therefore, the situation must be resolved with much stricter measures. tough economic measures.

Share
Facebook
Twitter
Pinterest
WhatsApp
Previous article
In the United States, tourists arriving from China will only be able to enter with a negative test for COVID-19 KXan 36 Daily News
Next article
Mortgages will extend the sharp rise in interest rates to at least spring