The personal income tax adjustment improves the net salary of 250,000 employees by up to €1,000 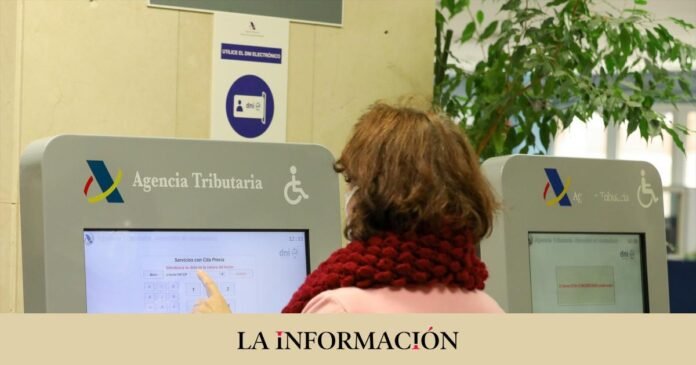 The uncertainty unleashed as a result of the Russian invasion of Ukraine has dealt a severe blow to the European economies, which were already rocking after the setback of the coronavirus in 2020. The context has caused an uncontrolled rise in prices that has pushed families to the limit , who are suffering more and more to reach the end of the month in black numbers, and has pushed the Government to approve a package of fiscal measures that will affect “social justice and economic efficiency”, with the aim of distributing the impact of this crisis. Thus, this year’s public accounts include reforms to alleviate the tax burden for low and medium incomes. One of the most important contemplated in the 2023 Budgets, which entered into force on January 1, has to do with the new adjustments by sections of the Personal Income Tax (IRPF).

Direct taxes, such as personal income tax, in addition to being contributions to public coffers, are used as a tool to redistribute wealth. This tax, which is levied on the income of people residing in Spain each year, consists of a progressive tax (the percentage of money that the treasury retains increases as capital increases). In this way, the IRPF is one of the taxes that is most noticeable in the payroll and in the net salary that workers receive each month. To calculate the withholdings, the Tax Agency has made a tool available to taxpayers to measure the 2022 fiscal year online. The Treasury has already announced that the campaign will start on April 11 and will run until June 30 .

Until now, people with income between 15,000 and 18,000 euros per year will benefit from a tax reduction. However, with the new budgets, this discount is extended to all taxpayers who received up to 21,000 euros. Said increase in the reduction of personal income tax withholdings is equivalent to the median salary in Spain and benefits half of the wage earners, according to government calculations. But the news does not end there. As this measure created a gap for those with a yield slightly above the border figure, the cabinet of María Jesús Montero has introduced a readjustment in the withholding table that will mean that less amount will be discounted for these people. Something that would give greater solvency to the citizens of those sections, since their net salaries will have up to 1,000 euros that the Treasury previously withheld.

For rentals that do not exceed 1,500 euros per month

Thanks to this measure, those who collect 22,000 euros a year will not have to pay the same personal income tax as someone who has an income of 34,000 euros a year. From the Treasury they clarify that it is not a tax reduction, but rather an adjustment to “avoid jumping errors that occur in a specific section and for specific family situations.” Thus, workers with the income already mentioned will have up to 1,000 euros more in cash during 2023, a figure that will decrease as the salary approaches the ceiling of 35,000 euros. Specifically, those who have an income that does not exceed the

The idea of ​​the ministry is to apply an appraisal where those who have the most contribute the most. For this reason, the tax on capital income between 200,000 and 300,000 euros increases by one point, up to 27%. While for capital income of more than 300,000 euros the rate rises by two points, up to 28%. The reform resulted in 204 million euros in collection for public funds and will have an impact on 17,814 taxpayers.

Together with the reduction for work income for gross salaries between 15,000 and 21,000 euros, which will mean a reduction for 50% of workers and savings of 1,881 million euros; The Government has raised the minimum tax rate for a single taxpayer without children from 14,000 euros to 15,000 euros. For their part, the self-employed in a multi-activity situation and with income from work of more than 15,000 euros are now exempt from payment. The new legislation establishes that there will be 15 sections of net income to calculate the contributions, ranging from those who earn less than 670 euros per month, to those who earn more than 6,000 euros per month.

The other most important novelty is the one that affects the deduction for maternity, which is extended to all those mothers who will not have a permanent job and are unemployed (currently it was a grant of 100 euros for working mothers for each child of less than three years). In addition to the tax changes for the entire State, Andalusia, the Community of Madrid, the Valencian Community, Galicia and Murcia have introduced changes in their deductions and in the Wealth Tax.

Share
Facebook
Twitter
Pinterest
WhatsApp
Previous article
For the first time in 100 years, the United States cannot elect a Speaker of the House of Representatives.
Next article
The price of gas in Europe fell below 700 dollars per thousand cubic meters KXan 36 Daily News