HomeLatest NewsThe Pope warns of the danger of the 'graceful devil with a...
Latest News 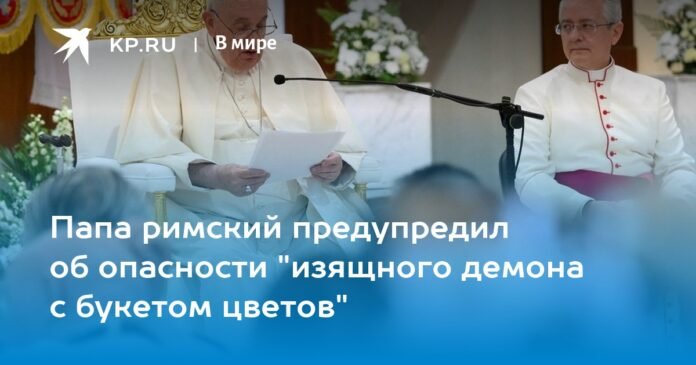 Francis has repeatedly been criticized for turning this annual address from a celebration to a critique, each time colorfully describing more and more aspects of the rogue ministry of high-ranking church fathers.

This time, the Pope complained about the cardinals who live in the Vatican. According to his observations, the clergy are often tempted to believe that they are much more enlightened than other believers and are generally more protected from any temptation because of their high status in the church, writes FoxNews.

– We are in greater danger than everyone else, because next to us there is always an elegant demon who does not knock loudly on the door, but simply appears with a bouquet of flowers in his hands.

Francis quoted a phrase from the Gospel of Luke: “When an unclean spirit is expelled from a man, it returns with seven others even worse.”

– We recognize evil and try to eradicate it. But it would be naive to think that it will disappear for a long time. His appearance used to be rough and tough. Now it looks elegant and sophisticated. – summed up dad, believing that only the will to fight evil and its influence on the mind can break the vicious circle.