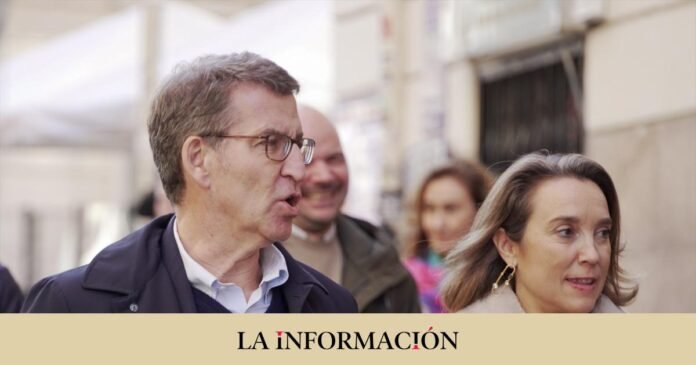 In his traditional Christmas message, King Felipe VI warned of the deterioration of the institutions, some words that have received the applause of the PP, in addition, it has created discrepancies in the coalition, since the PSOE, like the main opposition party , extols the monarch’s speech against Podemos and nationalist and pro-independence partners such as ERC, the PNV or EH-Bildu.

In a context of tension between the parties and an institutional crisis between the Government and the Constitutional Court, the ninth speech by King Felipe VI on Christmas Eve has also aroused mixed reactions among those who share his diagnosis and those who censor his suíco speech, gené vací discurso por do not look at the institution that leads, the crown.

Defense of the Constitution or the legacy of the Transition

Although in the political debate the PSOE and the PP have been accusing each other of ignoring the Constitution for months, both parties have seen their concerns reflected in the message of the Head of State, who did not expressly mention the blockade of the General Council of the Judiciary or the Modification Recent Penal Code. The leader of the PP, Alberto Núñez Feijóo, stressed the defense of the Constitution or the legacy of the Transition and from his party they have celebrated the call “for harmony, dialogue and to face the current institutional crisis” or the allusions to territorial integrity .

The also spokesperson for the PP in the Congress of Deputies has also highlighted the “call” of the king “for concord, dialogue and to face the current institutional crisis from the pillars of our democratic and institutional system”. “The institutions must be at the service of all Spaniards as guarantees of coexistence and equality among all,” she said.

And he has underlined the “commitment” of the PP “to carry out a constructive policy” highlighting what unites the Spaniards which, as he has pointed out, are “the constitutional and European values ​​that root our coexistence”, as the king commented in his speech. In his opinion, Felipe VI stood last night “very close to the Spanish, their daily needs and their daily problems” and also pointed out “the great powers of our country and the great challenges and difficulties that we face in a time of uncertainty”.

“It has become clear that we have a great king who is perfectly aware of the great challenges of our society, and from the scrupulous fulfillment of his task as head of state, he knows how to provide suggestions and reflections to improve the lives of the Spanish people”, Gamarra declared. .

In addition, he has said that, as the King highlighted, “the Spanish are one of the oldest nations in the world, and it is up to all of us to decide on our future.” “We trust in Spain and in the future that we can build together,” concluded Gamarra, who took advantage of his statements to wish him a Merry Christmas.