The price of new housing increased by 7.1% in 2022 still far from the bubble 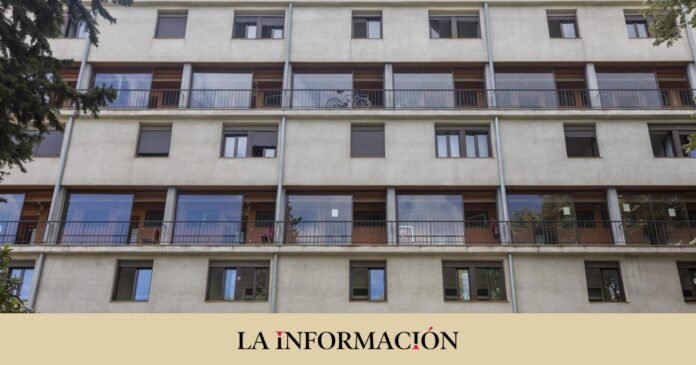 New homes have experienced a price rise over the past year, reaching 2,732 euros per square meter in December, according to the ‘Report on Real Estate Sector Trends’ prepared by the Appraisal Society, during the last etimim on The price has maintained this upward trend with a six-month variation of more than 3.4%.

Despite the fact that these prices have been maintaining an upward trend for some time, the data registered at the end of 2022 is still far from the historical record that was reached during 2007, a time in which the prices of new housing reached averages of 3, 0 euros per square meter. 3.9% registered in La Rioja and 9.1% reached in the Balearic Islands.

Behind the Islands, the territory that has registered the most increases is the Community of Madrid, with records of 8.5%. On the opposite side, we find that Castilla La Mancha and Extremadura are the communities closest to the minimum levels reflected within La Rioja, with growth of around 4%. For the rest of the territories, the rise in prices ranged between 5.4% in Galicia and 7.2% in Navarra.

Regarding the temporary exercise registered between July and December 2022, the price of new housing has also maintained these generalized increases, in addition, both the Balearic Islands and Madrid are once again at the top of these lists with 4.2% and 4% respect. At the opposite extreme, Castilla La Mancha suffered a more sustained rise of 2%.

By capital, Barcelona has continued registering the highest average new home prices within the national territory with 4,917 euros per square meter. They are followed by Madrid with 4,125 euros and San Sebastián with 4,048 euros, being the only capitals that reach figures above 4,000 euros. On the other hand, Badajoz, Cáceres and Ciudad Real are the ones with the lowest imports of 1,290, 1,271 and 1,268 euros respectively. This annual variation ranges between +2.2% in Ávila and +9.3% in Málaga, the capital where the price of new housing has increased the most.

In this way, according to the analysis of the real estate confidence index published by Sociedad de Tasación, it has stood at 49.3 points out of 100 at the end of the 2022 quarter, which represents the second consecutive decrease in this indicator, which is below the point equilibrium (50) for the first time since the second quarter of 2021, when 47.6 points were reached. This figure has experienced a reduction of 3.2 points compared to the third quarter.

Within the sector there is less optimism than in recent quarters taking into account the prospects and expectations of the level of activity and the sale price of housing due to the uncertainty of the new current macroeconomic and geopolitical scenario. All the autonomous communities register decreases in the confidence index, both semi-annually and annually. These drops in confidence range from 14 points in the Community of Madrid to six points in the Canary Islands. Likewise, only six autonomies have registered a more optimistic index.

The Balearic Islands is the community with the best evaluation, with 53.9 points out of 100, while on the opposite side of the table is Castilla y León, with the lowest rate in the entire national territory with a total of 44.8 points out of 100. 100. In this way, we are quite far from the ideal figures.

7.6 years of full salary to buy a home

By autonomous communities, Comunidad Valenciana, the Region of Murcia and the Basque Country registered the greatest increases in quarterly effort, over 4%. On the other hand, in six communities the index remains unchanged, and La Rioja is the only autonomous region that registers a decrease of 2.1%. In this way, the differences between the communities range from the 9 years that a citizen in the Community of Madrid must allocate to buy a home to the 4.6 years necessary in La Rioja. The Balearic Islands continue to register values ​​well above the national average, since a citizen needs 16.4 years of full salary to be able to acquire a home in this community.