The profitability of 12-month Treasury bills beats the best deposits 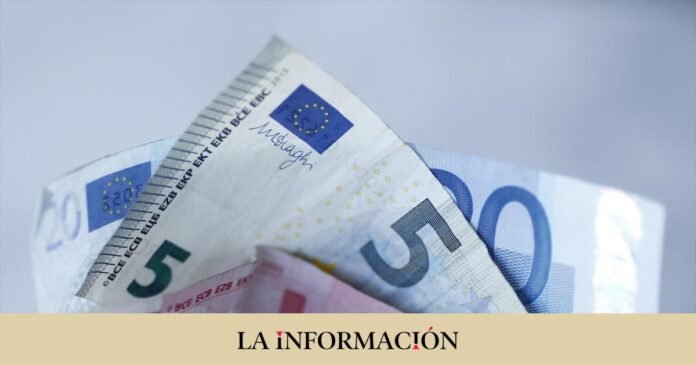 The European Central Bank (ECB) has ostracized Treasury bills. The paper that the State sells at 12 months obtained interest in the last auction in December of 2.4%, a remuneration to which the best deposits that are under the protection of the Deposit Guarantee Fund cannot aspire, not even remotely. bet on longer terms, such as 3-year products. But even so they failed to beat them comfortably.

And it is that the letters have gone from purgatory (at the end of December 2021 they offered a meager -0.50%) to ‘extratyped’ returns not seen for years in the last twelve months. Key to this evolution have been the most aggressive rate hikes by the ECB, which has raised the price of money in the Eurozone to 2.5% and which has also been reflected in the behavior of the Euribor, which continues to run amok and is now close to 3% in monthly media.

Víctor Alvargonzález, director of strategy and partner and founder of Nextep Finance, predicts that the profitability of the bills will continue to rise, after the ECB has confirmed that it will undertake at least two more increases of 50 basis points each, which will lead to Eurozone rates up to 3.5% in March. “The interest of the 12-month bills should be around 3% in the next auctions,” predicts Alvargonzález. For him, it would be a good opportunity to have the next Treasury auction in his portfolio.

And if they already beat deposits in profitability, they also do so as a safe investment, although they are not under the protection of a deposit guarantee fund, they have the backing of the State, which is the highest level of security that can be obtained. in Spain (S&P, for example, maintains an ‘A’ rating for Spanish debt with a stable outlook). In addition, 12-month bills allow investing without committing to a longer term: in this way, the investor has options to recover the money quickly to reinvest it in other products that can improve their profitability.

And what deposits would compete in profitability with the letters? The options are rather scarce at 12 months and more if what is sought is that the product is marketed by a large bank. ING has recovered the one-year Orange Deposit, but the interest is light years away from the bills: 0.60%, while within small banks the product of EBN Banco would stand out, with an interest of 2.14% and Pibank, with a 2%.

The only way to get close to an interest rate would seem to opt for long terms, 36 months, but with the added problem that this lost opportunity cost could have, since remuneration should continue to rise precisely because of the ECB’s message. Here, the best deposit would come from Wizink, with an interest rate of 2.48%, while EBN Banco has another, for the same term, that offers 2.38%. Deutsche Bank closed the attempt, but was also timid, by offering a return of 1.85% for 24-month terms.

Neither did deposits get a greater advantage than bills due to ease of contracting nor due to the minimum amount. In relation to the latter, except for the ING amount deposit, which does not require a minimum, the rest of the products require a minimum amount of investment ranging from 3,000 euros to 10,000 euros, while when buying bills it would suffice to have of 1,000 euros. Yes, it is true, that when buying Spanish paper the client should take into account the commissions, but if he does it through the Bank of Spain it is testimonial, since the organization established a percentage of 0.15%, with a minimum amount of 0.90 euros and a maximum of 200 euros.

Bills or a fixed income fund?

Despite the fact that there is a change in the returns of fixed-income funds (according to Inverco data, November ended positively), the category of these vehicles continues to post red numbers, with exceptions. Rafael Valera, CEO and manager of Buy and Hold, points out that long-term corporate income fixed funds can be found that offer remuneration close to double digits, but here the investor should incur greater risk.

For Alvargonzález, the great advantage for the investor who would like to have letters and would do so through funds would be to achieve a tax deferral, that is, the investor will not have to pay taxes until they sell it, but “the idea”, insists the expert , “it’s the same”. As for Treasury bills, in the event that the investor wanted to recover the money from him, he could go to a secondary, but taking into account that prices could fluctuate. However, there would also be a penalty on deposits. Many incorporate ‘punishments’ (such as lower remuneration), in the event that the expiration period is not expected.

Share
Facebook
Twitter
Pinterest
WhatsApp
Previous article
After the meeting between Zelensky and Biden, stickers appeared in Ukrainian supermarkets with the caption: “Thank you grandfather for the coin” KXan 36 Daily News
Next article
Biden in a Christmas message admitted to “meanness” in relation to others KXan 36 Daily News