HomeLatest NewsThe public deficit falls by 71.5% until October due to the rebound...
Latest News

The public deficit falls by 71.5% until October due to the rebound in collection 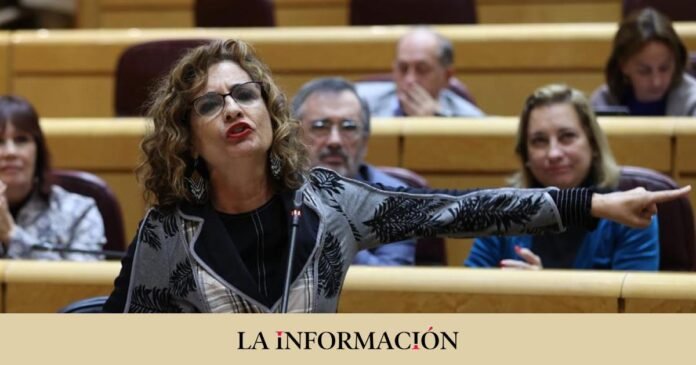 The Ministry of Finance has published the data in reference to the public deficit. The good evolution of tax collection and contributions has allowed the State deficit to be cut by 71.5% up to October (without local corporations), standing at 15,168 million euros, equivalent to 1.16% of GDP. The data is still far from the target of 5% of GDP set by the Government for the end of the year, thus maintaining the downward path begun in 2021 as a result of the economic recovery and job creation.

Income from corporate tax increased by 22.2%, if extraordinary income derived from the merger of two large entities and from a sale of assets that were collected in 2021 are deducted.

Other non-financial resources increased by 13,435 million, due to the effect in favor of the State of the final liquidation of 2020 of autonomous communities and local corporations carried out in July and which has been much higher (11,400 million more) than the liquidation of 201it9.

On the expense side, the item with the highest volume was transfers between Public Administrations, with a weight of 60.8% of the total. Specifically, this item amounted to 160,442 million, including the compensation of the 2017 VAT immediate information system (SII) paid to the autonomous regions, as well as the item intended to cover the loss of resources derived from the negative liquidation of 2020.

The remuneration of employees grew by 4.4%, up to 18,021 million, after the additional remuneration increase of 1.5% was applied in November with retroactive effects from January 1 to a large part of the General Administration staff of the State (AGE).

The item for the rest of current jobs has doubled to 10,487 million due to spending on subsidies and aid approved this year to deal with inflation, such as fuel discounts or aid to the transport sector and to companies intensive in consumption of gas.

Deficit of 0.42% of GDP for the Autonomous Communities

The regional Administration had a deficit up to October 5,506 million, which is equivalent to 0.42% of GDP, compared to the surplus of 0.99% reached in October 2021. This result is due to an increase in expenses of 8%, while income decreased at a rate of 1.9%.

Once the autonomies closed the period with a deficit, the largest being for the Valencian Community (2,272 million, equivalent to 1.86% of its GDP) and Catalonia (1,523 million, representing 0.61% of the region’s GDP).

Social Security funds registered a surplus of 0.42% of GDP (11,490 million) until October, compared to the deficit of 0.50% of GDP a year earlier. This behavior is the consequence of a growth in income of 6.2% -within which the 5.2% increase in contributions stands out- compared to the slight decrease registered in expenses of 0.6%.

Share
Facebook
Twitter
Pinterest
WhatsApp
Previous article
Belgium, Denmark… What happened to them at the World Cup?
Next article
The head of Mordovia fulfilled the boy’s New Year’s dream of a trip to the Zapashny circus KXan 36 Daily News