The real estate puncture in the US puts Wall Street in check, is there hope? 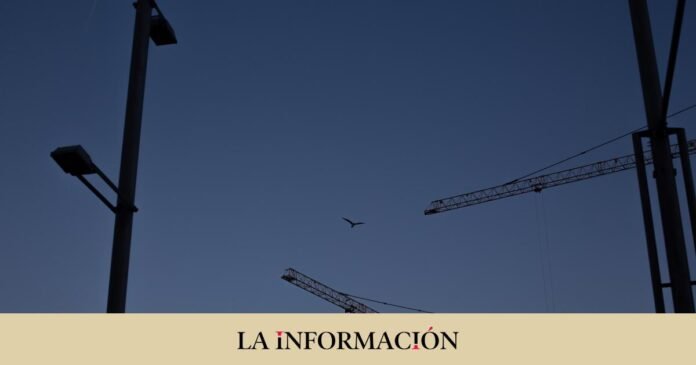 US new home construction remains in decline mode in November, but builder confidence may be at a turning point. The publication of the two indicators of the construction of the development of new properties seems to be the key data that many experts look at: both the floors already started, and the construction permits. The adjustment, so far, is being important, after the great upward trend in the data originated after the pandemic.

Data from the Census Bureau and the Department of Housing and Urban Development reflect different stages in the new home construction cycle. Home starts measure the seasonally annual rate at which construction begins on a new property. But investors are also closely watching the evolution of sales and prices, which continue to accelerate their decline in recent months.

Both measures are expected to fall in the coming months on a seasonal basis from previous months, according to FactSet Consensus Estimates. Such expectations arise as higher mortgage rates require cooling the housing market from its hot pandemic exit. “The average interest rate on a 30-year fixed-rate mortgage last week was 6.31%,” according to Freddie Mac, below recent highs but still more than double the final 2021 reading of 3.11 %

As mortgage rates rose, construction of single-family homes slowed. The seasonally annual rate of home starts of this type fell below 1 million earlier this year for the first time since the early months of the pandemic. The decline is part of a larger pullback related to housing affordability.

Builder confidence has also continued to decline, according to the National Association of Home Builders. The trade group said Monday that its measure of single-family homebuilder confidence fell in December for the 12th straight month. But it’s not all bad news. Robert Dietz, chief economist at the ANCV, comments that the reduction in the decline in the index was “something positive.” This month’s decline “is the smallest drop in the index in the last six months, indicating that we are possibly nearing the end of the cycle for builder sentiment,” he notes.

“Mortgage rates have dropped from more than 7% in recent weeks to around 6.3% today, and for the first time since April, builders recorded an increase in future sales expectations,” he describes about the situation indicating that the United States real estate could see the light at the end of the tunnel soon.

a question of time

All in all, a housing recovery could take time to gel. The economist adds that the trade group expects housing to remain weak in 2023 because of the Fed’s easing in 2024, Dietz says.

In this sense, Credit Suisse points out that the real estate sector can “continue to be bound to attractive long-term risk-adjusted (inflation-adjusted) results.” In the future, however, the type and location of a property will play an even bigger role than in the past: “Uncompetitive buildings with lower tenant demand will see their returns and value decline.” Knowing in which assets it will be to invest “crucial to avoid downside risks”, they comment.

“We believe that the real estate sector can continue to have attractive results in the long term adjusted for risk (adjusted for inflation). In the future, however, the type and location of a property will play an even more important role than in the past: uncompetitive buildings with lower tenant demand will see their returns and value decline. Knowing which assets to invest in will be crucial to avoid downside risks”, they finish from the Swiss bank.