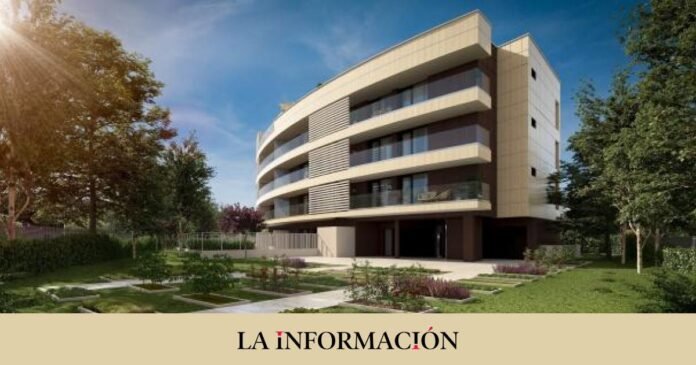 The real estate sector in Spain has broken an annual historical record in direct investment in 2022, exceeding 15,200 million euros, 27% above the total for 2021 and 22% more than the mark registered in 2018, when it amounted to 12,500 million , according to data from the real estate consultancy Savills.

The analysis takes into account individual asset transactions and real estate portfolios in the residential and tertiary sectors, excluding land and corporate transactions. Most of the investment was broken until the end of the third quarter, while between October and December, with data to date, around 1,400 million euros have been registered, 11% of the annual total, compared to 27%. of means of the last five years for this period of the year.

“It has been an atypical record year due to the behavior of the last quarter, in which we have continued to see operations because unlike other cycles, prices are correcting more quickly as the type of property has changed, now mainly in the hands of institutional investors “, explains the executive director of Capital Markets at Savills, Gonzalo Ladrón de Guevara.

International investors have continued to account for the greatest weight of capital invested in real estate assets in Spain, although with less difference than in previous years, with 57% of the total, compared to 43% of domestic origin. Capital from Europe and the United States has led the volume of cross-border investment in 2022, respectively registering 48% and 36%.

By segments, the one that has registered the greatest participation has been multi-family, with 3,300 million euros and 24% above last year, which places it in a record figure for the series, consolidating the strong trend of historical growth in the last five years. .

Student residences have also broken investment records, which with 1,266 million euros have exceeded the 2017 market peak by 46%, driven by the transactions of the largest portfolio in Spain, acquired by the Dutch pension fund PGGM.