The regulations change for future opponents of public officials 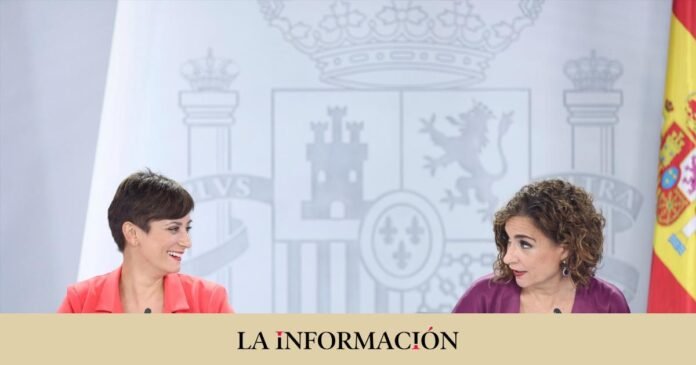 Excessive bureaucratization and inefficiency are two attributes that are sadly related to the Public Administration from some sectors. The great pillar of the Welfare State has been questioned for its slowness, its requests with endless mazes and its bottlenecks. An endemic evil that now, faced with the massive wave of retirements and the demands of the European Union (EU), there is no other choice but to face. Thus, last Tuesday, November 20, the Council of Ministers presented, in first reading, the Draft Public Service Law. This is a pending norm since 2007, when the Basic Statute of Public Employees came into force, which the Executive has launched to access the funds of the EU Recovery Plan, after keeping its negotiation with the unions paralyzed throughout the year . The text incorporates important elements of transformation and improvement of the General State Administration (AGE) in line with the European modernization process.

The regulation, promoted by the Ministry of Finance and Public Function, led by María Jesús Montero, aims to promote “the implementation of a public human resources model based on competencies”, which favors the attraction and retention of talent, and endows the Administration of “a regulatory framework that allows responding to the current challenges of society”. Along with some measures applauded by the officials themselves, there is a point that has generated great controversy: the possibility that civil servants may be dismissed from their post based on the result they achieve in a “performance test.” Although in no case does the new legislation, still open to possible changes, propose the expulsion of the worker from the public service.

In the face of continuous negative results, employees who have obtained their position by competition may be separated “for not adequately fulfilling their tasks, if their performance is insufficient or they cannot comply with the demands that are requested for the position.” With this novelty, the reform transfers the logic of accountability to the administrative apparatus and professional conduct will be assessed periodically, measuring the performance or achievement of results of workers with different incentives, such as the creation of two new salary supplements based on ​in their performance evaluation and professional evolution, and penalties. Among them, “the non-assessment of the merit of experience during the corresponding period in the selection and provision processes to which he attends” or “the removal of the position obtained by competition”.

The bill introduces changes in the regulation that affects civil servants that can be organized into three sections: what is related to the regulation of public management personnel, with access tests and with performance. And it is that if something characterizes this public employment reform, it is its effort to improve administrative productivity. To do this, the text opted to develop strategic planning based on objectives in order to evaluate the procedure as rigorously as possible. This will allow adapting the selection of personnel to the needs of the organizations. In addition, the performance evaluation will be mandatory and will assess the conduct of the workers, ensuring that their professional career is appropriate to the fulfillment of their duties.

Based on this evaluation, the text includes the creation of two new complementary bonuses. The first is the career supplement, the amount of which will be the same for all the official personnel of the same group or subgroup of professional classification if they have it recognized. The other will be the performance supplement and access to it will be linked to passing the tests set based on performance during the professional career. Both the CCOO, the UGT and the CSIF are strongly opposed to these salary bonuses and are working to present their own proposals. They denounce the “lack of social dialogue and the unilateralism” of the Government when it comes to moving forward with the draft. Likewise, they will point out that the norm “lacks specificity and due guarantees in aspects such as professional career, mobility or teleworking”.

Among the major reforms included in the future law for opponents is the commitment to a somewhat different access model through opposition to the Administration, based on the constitutional principles of equality, merit and capacity. For this reason, in addition, the Government proposes a mixed model that will be based on knowledge to overcome access and on the evaluation of professional skills. Another of the significant changes introduced by the law is that “the processes will be held throughout the territory. A reform that will facilitate democratization in access, by opting for a social model that guarantees diversity.”

Internal promotion based on trajectory

Finally, the law also regulates the horizontal professional career to allow internal professional promotion. That is, some promotions that will be granted based on the trajectory, the evaluations or the follow-up of a specialized training itinerary. As established in article 14 of the Consolidated Text of the Law on the Basic Statute of Public Employees, approved by Royal Legislative Decree 5/2015, the professional career is the set of opportunities for promotion and expectations of professional progress in accordance with the principles of equality , merit and ability.

Corresponding to the horizontal career, that which consists of the progression of grade, category, scale or other similar concepts, without the need to change jobs. While the vertical consists of the ascent in the structure by the provision procedures provided by law. Both modalities are compatible. This modification has also been a source of criticism, especially for all those who have had to pass mandatory tests through vertical promotion. They accuse the Government of facilitating access to the highest levels too much and point out that there could be those who could promote internally with worse qualifications than those who enter the opposition for the first time.

Share
Facebook
Twitter
Pinterest
WhatsApp
Previous article
“I have only seen this in the films before about Stalingrad”: the traveler volunteered for a special operation and honestly told what he experienced in the first battle
Next article
Backstage tours resumed at the Primorskaya Mariinsky Theater KXan 36 Daily News