HomeLatest NewsThe retirement age will rise in 2023 with the rest of the...
Latest News 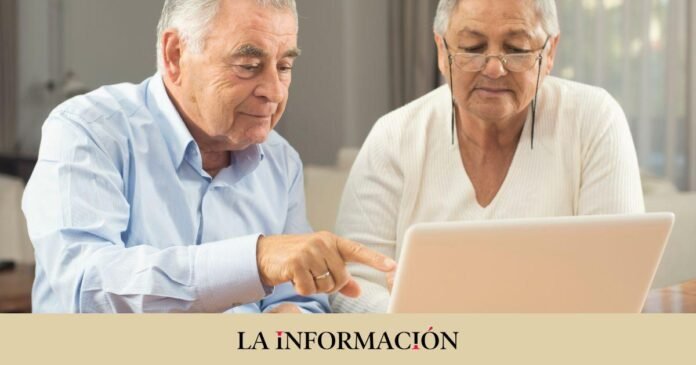 The retirement age is, in all probability, one of the issues that most worries workers in Spain during their working lives. The account of the years contributed, whether or not the maximum pension will be collected, if it is most convenient to open a pension plan or perhaps retire early… are some of the assumptions on which Social Security contributors reflect, especially throughout his last professional stage. The pension reform that has entered into force in 2022 introduces, among other things, a change in the age at which a person can retire. Thus, the number of years of contribution necessary to obtain 100% of the pension will gradually increase until 2027.

Spain is currently in the process of increasing the retirement age, in accordance with what is happening in a large part of the countries of the European Union. Within five years, the ordinary age will be set at 67 years, provided that the contribution period is below 38 years and six months. An aspiration that has its origin in the 2011 pension reform, and that arose to delay retirement and support the requirements to be able to retire in the middle of the great recession.

The new legislation introduced a progressive system whereby the clauses would increase year after year until their final establishment, in order to guarantee the sustainability of the funds. Specifically, the Government of Spain followed a measure that established the increase in the general legal retirement age from 65 to 67 years in a horizon of 15 years. In this way and in accordance with the provisions of Law 27/2011, in 2023 the retirement age will be raised two months compared to 2022 for all those people who do not reach 37 years and nine months of contributions, standing at 66 years and four months.

Between the increase in life expectancy, the decrease in the number of births, the difficulties of the Spanish labor market to attract and retain talent, society is aging and has more and more pensioners and fewer taxpayers. Each time the charge is worse and the work period is lengthened. In the future, will the youngest have a pension or will the piggy bank have been emptied? Do all workers retire at the same age or does it vary depending on the trade?

What will the new retirement age be in 2023?

all those who want to retire for next year should know that only those who have contributed for more than 37 years and nine months have the possibility of retiring at 65 years and 4 months if what they are looking for is to get 100% of the pension . In this sense, the retirement ages and the contribution period will be applied gradually following the terms published by the Social Security:

Another change that will come hand in hand with the new year will be the number of years to take into account in order to calculate the regulatory base. Although the exact increase is not yet known, one of the alternatives proposed by the Ministry of Inclusion, Social Security and Migrations is the free choice of the years by the worker or the improvement of the integration of gaps (which allows filling with fictitious bases periods without contributions). There will also be a reform in the contributions of the self-employed, which will go to a system of brackets for real income to adjust them and that reflect their level of income in a more reliable way. As well as an increase in contributory pensions by 8.5% and non-contributory pensions by 15%.

What professionals can access early retirement without losing money?

There are some trades that allow their workers to retire early without lowering their pension for various reasons: degree of exposure to toxic workers, degree of mortality, high physical demand… In particular, there are eight unions in Spain that include this criterion:

Workers included in the Mining Statute: Some examples that are included in this category are interior workers in direct mining tasks and various types of exterior workers. , navigator, aerial photography operator, technological means operator, aerial photographer and aerial camera operator. Artists: Includes singers, dancers and trapeze artists over 60 years of age, when they have worked in the specialty for a minimum of 8 years during the 21 prior to retirement. Bullfighting Professionals: Includes bullfighters, banderilleros, picadores, bullfighters, comedians, puntilleros, swordsmen, swordsmen and their assistants. corresponding for extraordinary payments, for the exercise of the firefighter activity. The reduction will be used as long as the firefighter has remained registered for said activity until the date on which the triggering event occurs (the time of retirement). ​Members of the Ertzaintza Corps: You will not be able to access a retirement pension under the age of 60, or 59 years of age in the event that 35 or more years of effective activity and contribution to the Corps are accredited. of the Ertzaintza, or in the groups that were included in it.​Local police: The interested person will only be able to access the retirement pension when they are 5 years younger than their normal retirement age, or 6 years in the cases in which 37 years of effective activity and contribution are accredited.