The rise in pensions triggers requests for early retirement 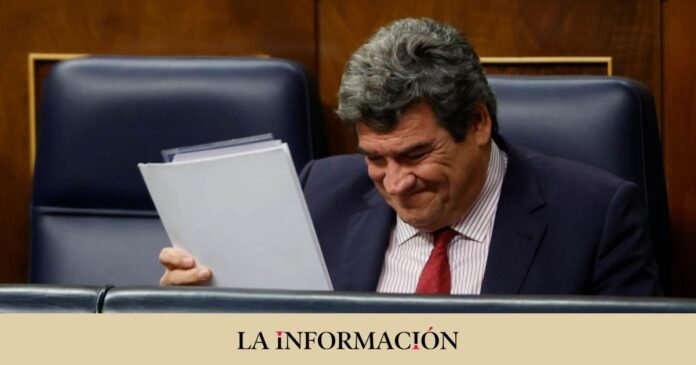 All retirees who enjoy a contributory pension (or have submitted the application) before January 1, 2023 will have an 8.5% increase in their benefit, in line with average inflation as of last November. An increase that comes to compensate for a large part of the cuts that occur in early retirement applications and that has triggered applications in Social Security offices. Despite not having data for the last two months of the year, the organization’s internal sources assure that there has been a strong increase in early retirement applications in the last part of the year, given that if it is done from of 63 and a half years (with 35 listed), the cut suffered is less than the rise that is proposed.

Last week, the National Institute of Statistics (INE) released the final CPI data for the month of November, located at 6.8%, which raised the difference between December 2021 and November 2022 to 8.46%. . The pensions are linked to this inflation data, which the Government intends to round off to 8.5% to carry out the revaluation of the payments. Which means that for those who have a minimum of 35 years of contributions and are a few months away from blowing out the candles of 64 or 65, retiring early is an attractive option.

So much so, that Social Security sources that follow the daily evolution of these procedures transfer to La Información that in recent weeks there has been a significant increase in requests. These are citizens who, after calculating what their penalty would be, that is, what percentage of the amount of the pension would be cut based on the reduction coefficient that would be applied, have concluded that it would be worthwhile for them to stop working a few months earlier, since They compensate this loss with the increase in compensation.

Is it worth applying for early retirement?

The reduction coefficient is calculated based on the months in advance with which the working life is terminated and the number of years of activity, so the profile of the beneficiaries is workers with a long working career and who are close to reaching the minimum age, that is, at least 63 years and 8 months. It is still early for these movements to be reflected in the statistics of the ministry headed by José Luis Escrivá, since the latest data published includes the registrations and cancellations for the month of October. Official sources from the Social Security portfolio state that they have no evidence of this trend to date.

However, the accumulated number of early retirements up to the month of October is not negligible, since they represent 35% of the total, adding up to more than 93,000 people. And among them, those penalized with a penalty coefficient and voluntary account for 18% (49,557 people). Compared to previous years, although the data on early retirements lags behind that of all of 2021, when they represented 39%, the technical sources consulted ensure that when the data for the last two months are accumulated to this year, the total number considerably.

Union organizations consulted by this means confirm that many public employees are also considering opting for this route, since it compensates them to face a penalty of 7% compared to a rise of 8.5%. On the other hand, workers who aspire to obtain the maximum pension will not benefit from this increase, since they will not receive more than the fixed amount, which with the revaluation is expected to reach 3,059.23 euros, while they will have have to face the cut associated with implementing registration as retirees earlier than provided for in the standard.

Another of the reasons put forward to enhance the effect called for early retirement, which complements the incentive represented by a rise as strong as that of this year, is the more than foreseeable increase to 30 years for the calculation of the benefit to receive. The second part of the pension reform that Minister Escrivá has put on the table now clearly contemplates this possibility, even with the option of eliminating the two worst years from that account, but the technicians consulted warned that a reduction in the amount It will be inevitable, so the option of anticipating this process with an early and an 8.5% rise becomes more attractive, if possible.