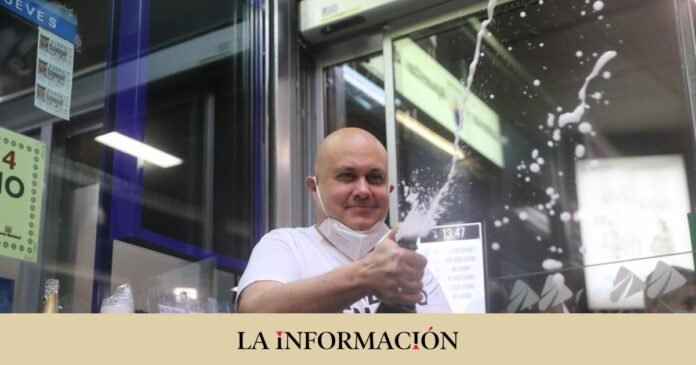 Who has not ever said that if he won the lottery he would automatically quit his job and live thanks to that millionaire fortune. Perhaps it is the most repeated wish among the players, although the reality is very different. The truth is that many experts in this kind of games of chance and lotteries do not recommend leaving the job immediately, but resting for the moment of emotion and making decisions with a cool head later on. Susan Bradley, a financial planning expert and the founder of the Sudden Money Institute, is a regular adviser to American lottery draws, as she notes, “Leaving a job sometimes has consequences for other people you care about.”

Not only can it affect your managers or even colleagues in your business if you are an entrepreneur, it can also have important consequences in relation to the future. Before making such a radical decision, it is important to know the risks involved, and that is precisely what the lawyer and partner in the Labor Law area of ​​AGM Abogados, Luis San José Gras, warns about. Remember that leaving a job voluntarily, outside the trial period, may mean that we do not receive a settlement, compensation or even have no right to unemployment benefits offered by Social Security.

Although it is true that with a fortune like the one played in the Extraordinary Lottery Draw this Thursday, December 22, there are possibilities to live comfortably for a long time, there are other issues to take into account and that are marked by the agreement application group. “If the worker voluntarily leaves his position, we must first see what the applicable collective agreement indicates and in this it will really detail the period of notice that the employee must grant to the employer,” recalls San José.

Less settlement money or no compensation

However, not all agreements establish a notice period or even in many cases the person runs the risk of the corresponding penalty. “In the case of lack of notice, when the employer terminated the employment relationship, he will subtract the salary for the days that the worker has failed to give notice.” This sanction is usually one day’s salary for each day of lack of notice.

Another of the circumstances that can happen is that the worker who has won the lottery, and with the happiness that said prize brings him, resigns from his job or leaves it without further ado. In the event that he leaves without alleging any reason to justify it, this type of tacit resignation may also mean that the employer, when making the settlement, subtracts the days of salary that he has not given prior notice due to his termination. .

It will not correspond to you, therefore, unless you have agreed in your employment contract some compensation for voluntary termination, no extra money, you will only be entitled to the corresponding settlement. Likewise, if you leave a job voluntarily, you will not be able to receive unemployment benefits either, in accordance with legal regulations.

How to communicate the resignation

The resignation or voluntary termination of the employee must be communicated with sufficient anticipation that is marked in the agreement. Likewise, it must be done by any admitted means, the normal thing is the delivery of a letter where you state your desire to resign voluntarily and with the corresponding prior notice, although you can also bet by a burofax or email addressed to the company or person in charge.

What if you are on temporary disability leave?

“In this situation, the worker has full freedom to leave voluntarily as well, and in this case, he must give prior notice as indicated in the collective agreement,” says the lawyer. We remind you that otherwise, the salary of the days without notice will be subtracted from the settlement.

Can they claim compensation?

The absence of prior notice by the worker in the communication of his resignation may give rise to compensation for damages to the employer, but at most for the days not given prior notice and transforming all this into compensation salary for those days.

Far from losing the corresponding salary due to notice in the settlement or not being able to receive unemployment, there are other important issues to take into account if we resign from work when we win the lottery. “If the worker had signed an agreement to remain in the company for months or years and within that time ceases or abandons his job, in this case the employer can request that he compensate the company for what is expressed in said agreement,” says the expert

How to quit your job if you win the lottery

Well, now that we know that we can part of the salary in the settlement if we do not give the notice period or that we will lose facing compensation in case of having specific clauses in the contract, let’s see what would be the correct way to abandon the position if hehe the lottery.

The essential thing will be to carry out a prior to the employer “the same day that he has won the lottery prize, stating that he will leave his job communicated through voluntary termination, but yes, with the period of time established for the notice in the collective agreement applicable to the company”, says Luis San José Gras.

Another prudent solution is to request a voluntary leave of absence from the company for a period of time, which “according to the Article 46 of the Workers’ Statute, states that if the worker has been with the company for at least one year, he has the right to be recognize the possibility of being on voluntary leave of absence for a period of not less than four months and not more than five years, or the time indicated by the collective agreement of the company sector”, the expert offers as an alternative.

Of course, it is important to remember that employees who are on voluntary leave of absence will only retain a preferential right to return to vacancies of the same or similar category. For this reason, the worker will not be able to re-enter until that vacancy exists.

Share
Facebook
Twitter
Pinterest
WhatsApp
Previous article
Taylor Swift sets a new record with ‘Midnights’
Next article
Ministry of Energy of Ukraine: it is possible to restore the country’s energy system by the summer, but in the absence of new strikes KXan 36 Daily News