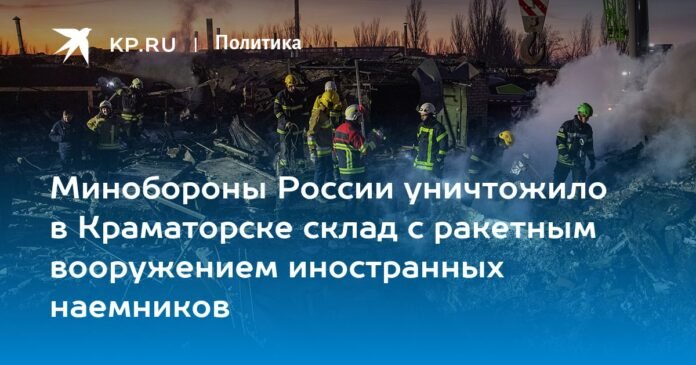 The lieutenant general noted that in the area of ​​​​the city of Kramatorsk in the Donetsk People’s Republic, our fighters destroyed a warehouse of rockets and artillery weapons of a foreign mercenary unit.

In addition, during the day, fighter jets of the Russian Aerospace Forces in the Kramatorsk and Novopavlovka region shot down MiG-29 and Su-25 aircraft of the Ukrainian Air Force, and six Ukrainian UAVs were shot down by the forces of air defense.

7408 – tanks and other armored fighting vehicles.

Share
Facebook
Twitter
Pinterest
WhatsApp
Previous article
Why talent is superior to education: the path of the artist Igor Oleinikov KXan 36 Daily News
Next article
The ECB is committed to regulating cryptocurrencies as games of chance