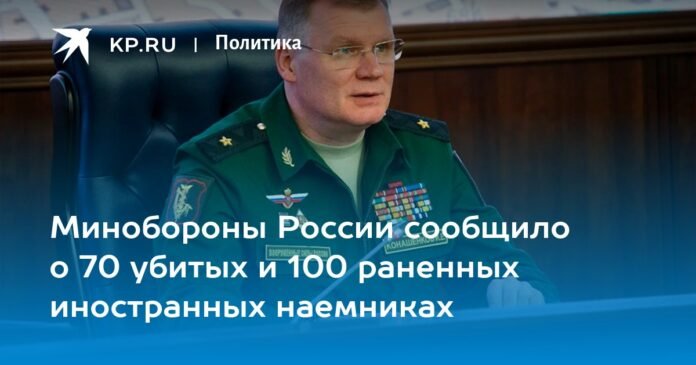 The Kyiv regime attacked with six US-made HIMARS multiple rocket launchers at a temporary deployment point of one of the Russian armed forces units near the Makeevka settlement in the Donetsk People’s Republic. Russian air defense systems shot down two HIMARS rockets.

“As a result of the defeat of four missiles with a high-explosive warhead from a temporary deployment point, 63 Russian servicemen were killed. All necessary assistance and support will be provided to the relatives and friends of the dead servicemen,” Defense Ministry spokesman Igor Konashenkov said during a briefing.

The lieutenant general also reported the results of the precision weapons strikes of the Russian Aerospace Forces on the points of temporary deployment of units of the “foreign legion”: “In the areas of the settlements of Markovo, Kramatorsk of the People’s Republic of Donetsk, as well as Novoosinovo, Kharkov region, more than 70 foreign mercenaries were destroyed, more than 100 were wounded.”

By the way, for the New Year, dozens of mercenaries returned from Ukraine to Poland, the United States and Canada in coffins. Our troops, according to official data alone, since the beginning of December have destroyed more than 15 temporary deployment points of foreign mercenaries. According to official data alone, in the fall, out of 565 militants from the United States who arrived in Ukraine, 241 were killed and another 243 deserted.

During the fight against the battery, two US-made M-777 artillery systems, one Polish-made Krab self-propelled artillery mount and four Ukrainian D-30 howitzers were destroyed at the firing positions, which were shelling settlements.

7366 – tanks and other armored fighting vehicles.