HomeLatest NewsThe Russian government will verify how the money allocated for the NWO...
Latest News 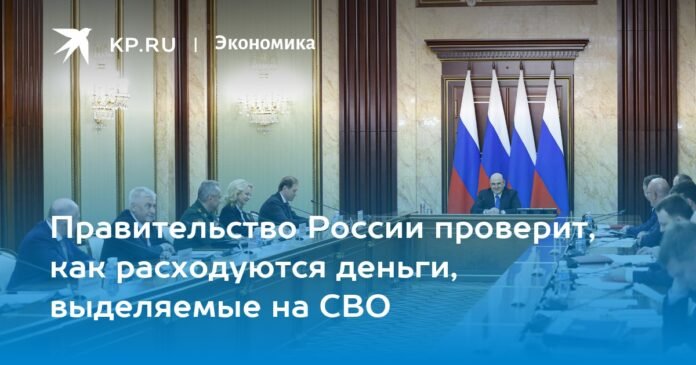 Mishustin noted that the government is quick to respond to emerging needs during the NWO. Photo: Dmitry Astakhov/POOL/TASS

The government will verify the expenditure of funds for the repair and production of weapons, military and special equipment, the purchase of fuel and lubricants for a special military operation. This was announced on Tuesday by Prime Minister Mikhail Mishustin at a meeting of the coordination council to meet the needs of the armed forces.

Mishustin noted that the government is quick to respond to emerging needs during the NWO. Thus, the regions received the right to purchase dual-use goods – drones, night vision devices, scopes, camping equipment, medicines, construction materials and much more – and transfer them to the armed forces. And almost 34 billion rubles were allocated to the border regions with Ukraine in the form of subsidies. Mishustin noted that deliveries of weapons, military and special equipment to the troops have been organized, as well as the supply of personal armor protective military equipment, all-weather clothing sets.

“All these are the first results. It is necessary to continue acting in the same vein, there is still a lot to do. Our industry is gradually facing the current challenges and leveling the situation,” said the prime minister.

Federal and municipal departments and legal entities can now purchase products from a single supplier for repair, construction and installation work, as well as to ensure the supply of goods in the interests of the army.

Mishustin also discussed additional social support measures for military personnel and their families. The government allocates money for monthly payments to the military involved in the SVO, as well as lump sum payments to those mobilized.

The prime minister recalled that the state authorities of the Moscow region, Crimea and Sevastopol were recommended to adopt legislative acts providing for the free provision of land to servicemen and members of their families who distinguished themselves in the special operation. And the State Duma passed a law that allows the formation of a special quota for SVO participants and their children when entering universities. Heroes of Russia, people with three Orders of Courage, children of servicemen who were injured in the combat zone will be able to wear it.