HomeLatest NewsThe sale of medicines on the Internet grows due to the lack...
Latest News 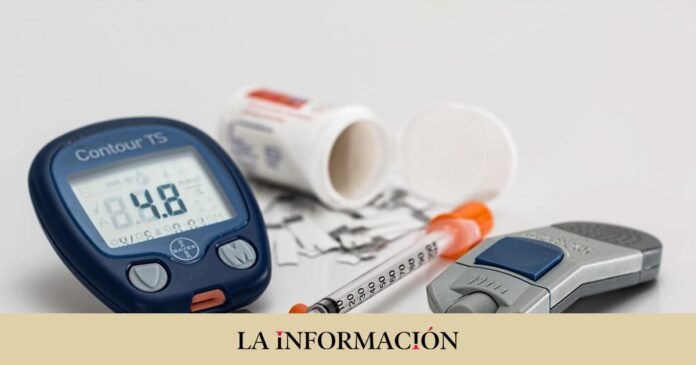 Thrift sales applications have once again been filled with illegal advertisements for medicines. Digital shop windows are adorned on these dates with products ranging from optical drops to antibiotics and anxiolytics. This increase in illegal supply coincides with an apparent lack of medicines in pharmacies that professionals who serve businesses are already denouncing.

From several pharmacies consulted by the media, they attribute the shortage to the war in Ukraine and its consequences: lack of materials such as aluminum and cardboard, difficulty in transportation… However, pharmacists also put another reality on the table: the supply and the demand. When the demand for a drug rises, pharmaceutical competition between countries is more evident. In other regions where medicine prices are higher, or are less regulated, they can sell their products at a higher price. “In Spain you pay very little for medicines, compared to any other country,” says a pharmacist.

For his part, David Gómez, founder of the software company Luda Partners, explains that searches on the platform have increased in the last period. The website, dedicated to solving drug supply problems, puts pharmacies in contact so that they can find out about the storage they have for a certain product and thus, in the event that a business does not have a product, it can direct the customer to the nearest 20 stalls that will have it. “Sometimes the tool saves you from making a pilgrimage through your neighborhood, but other times it is due to a lack of medication that can put your life at risk,” explains Gómez.

Added to this possible shortage are phenomena such as what has happened with Ozempic, a medication aimed at treating diabetes that can only be purchased with a prescription. Due to the massive purchase of this for its effects as a slimming agent in healthy people, a shortage is generated to cover the demand of diabetic people. The Ozempic, which we can find for about €4 in the pharmacy with a prescription -mandatory-, also appears for sale in the profile of individuals through second-hand applications. A Wallapop user sells it for €80, a profit of €76 for the profile that has managed to access it, probably, as several pharmacists say, through a private prescription, “easier to get”.

The Madrid Pharmacists Association (Adefarma) has had to denounce this activity on several occasions, which “seriously harms public health,” says its general secretary Rubén Martín Lázaro. Wallapop is one of the platforms that has been involved in various ‘attention calls’ encouraged by Adefarma, since, according to reports, the users of the application frequently use it for this purpose. The organization demands the existence of “adequate mechanisms” to prevent this crime. “It harms pharmacies, but from an economic point of view it is not essential. We are concerned about the health of those who take a medication without a doctor having prescribed it”, explains the Secretary General.

For its part, the Spanish Agency for Medicines and Health Products (AEMPS) recalls that only the sale of medicines not subject to a medical prescription is allowed, thus prohibiting the sale by telematic procedures of items that require a prescription. Although even the first option has numerous restrictions, they can only sell these types of certain pharmaceutical products. “You can only make your purchase through the websites of pharmacies that meet the requirements and conditions established in the aforementioned Royal Decree 870/2013, of November 8,” explains the AEMPS. In addition, the organization insists that “a medicine sold on an illegal website lacks legal guarantees and puts consumers’ health at risk.” “They are usually counterfeit medicines, or of low quality, and that, therefore, lack guarantees,” he says.

Individuals are not the only ones who benefit from the demand for those who do not have a prescription, or in the case of other drugs, ‘stock’. There are web pages dedicated to profiting, illegally, the demand of citizens. Trankimazín at €210, while through legal sale and the contribution of the State, it remains at €2.5; Diazepam for €210 (30 tablets) illegally and €1.76 (25 tablets) at the usual pharmacy; Viagra at €83, against the usual €12.49; Metronidazole at €87, compared to €1.76 at the pharmacy…

In particular, this digital page, which claims to be located in London, provides analgesics, anxiolytics, antibiotics… for the safety of medicines. In the event that the business arises from London, the profitability that the creators of the web achieve with the demand of individuals is also considerable. It must be borne in mind that in England all medications that require a prescription are paid for with a fixed amount (currently £9.35 regardless of the price of the medication, according to the consulted website of the Government of Spain), unless the individual be exempt from paying, depending on some requirements.

Share
Facebook
Twitter
Pinterest
WhatsApp
Previous article
“I want to prick my neck”: Lera Kudryavtseva quarreled with Sergei Sosedov on the “Superstar!” – Russian newspaper
Next article
Lavrov: Washington is thinking of attracting Ukraine to NATO “not by washing, but by rolling” KXan 36 Daily News