The Senate approves the candidacy of the US ambassador to Russia 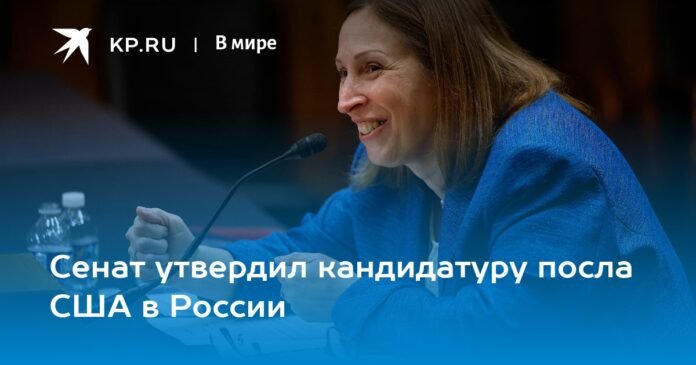 The upper house of the US Congress approved the candidacy of the ambassador to Russia: after a three-month wait, a head will appear at the diplomatic mission in Moscow.

It was Lynn Tracy, who previously served as the US ambassador to Armenia for nearly four years.

For Tracy herself, this is far from the first contact with Moscow: at the dawn of her diplomatic career in the late 1980s, she worked at the US Embassy in Russia for three years, and in 2014-2017 she served as the US Deputy Ambassador to Russia.

In 1986, Tracy graduated from the University of Georgia with a BA in Soviet Studies and has since worked in various countries that were formerly part of the USSR. In addition to Armenia, she has worked in Turkmenistan, Kyrgyzstan, Kazakhstan, the Georgia coordinator position at the State Department, and senior adviser on Russian affairs at the Office of European and Eurasian Affairs.

“Tracy has the guts to carry out her duties with a hostile government and represent America in the Kremlin,” Bob Menendez, chairman of the Senate Foreign Relations Committee, said without choosing a word.