The Senate gives the green light to taxes on energy, banking and large fortunes 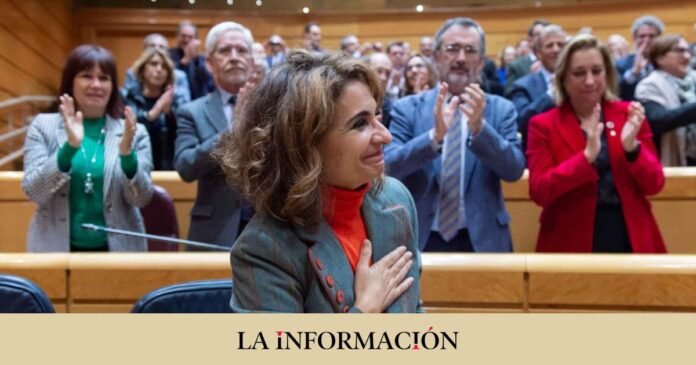 As happened on Tuesday with the General Budgets, the Senate has definitively approved the extraordinary and temporary taxes on energy, banking and large fortunes, which will come into force in time to tax the income of this year Thus, the green light is given to the bill presented by PSOE and Unidas Podemos and it does so with 139 votes in favor, 106 against and 12 abstentions, without including any amendment in the same way as the PGE, so You no longer have to go back to Congress.

The law includes a large part of the fiscal package that accompanies the budgets: the two companies -with which the Government expected to raise 7,000 million in two years, before the changes in the processing- and the one for large fortunes, as well as the limitation of the compensation of losses of subsidiaries.

The non-inclusion of amendments, which has been harshly criticized by some groups in plenary, facilitates the entry into force of the law this year and, therefore, taxes will begin to be collected in 2023, since they will be in force in 2023 and 2024, with reference to the results of 2022 and 2023.

The senator of the PP Juan Manuel Juncal has described as “botch” the law, against which his group had presented a veto, and has predicted that it will be appealed and it will be necessary to return the income; while Ciudadanos, which has withdrawn its veto, has accused the Government of “twisting” the legislative procedure, and Vox has labeled the law a “calamity”.

On the other hand, the socialist senator María del Carmen Sierra has defended that at this time “it is essential that the public powers adopt support measures to support the most vulnerable.”

ERC has defended the law because vulnerable groups need resources, PNV because it encompasses its “philosophy and objectives” and EH Bildu because it seems “necessary”, a support that has also been shown by Más País, PRC, the Canary Islands Coalition and the Gomera Socialist Association.

Extraordinary taxes for the Ukrainian war

The three new extraordinary taxes will be in force for two years, although the possibility of making them permanent is expected to be evaluated, and their objective is to help alleviate the effects of the war in Ukraine.

The taxes on banks and large fortunes are temporary for the next two years (2023 and 2024) and tax, respectively, the intermediation margin (at 4.8%) and unregulated income in Spain (at 1.2% ) from the previous exercise. the government hopes to collect

As regards the solidarity tax on fortunes of more than three million euros, it will also be temporary (for two years) and deductible in wealth tax. Initially, the Government set the collection potential of this tax at 1,500 million, before applying the regional deduction.

In addition to these three taxes, the law includes a limitation on the compensation of losses of subsidiaries within business groups, which will not exceed 50% in 2023, although the outstanding amounts may be applied in 2024. With this measure, the Government will increase the collection in 244 million in 2023 and 2,195 million in 2024.

Share
Facebook
Twitter
Pinterest
WhatsApp
Previous article
“It was a firefly”: Sergey Mazaev commented on the departure of the guitarist from the Dances Minus group Anton Khabibulin
Next article
In Ukraine, corn production in 2022 may be almost halved KXan 36 Daily News