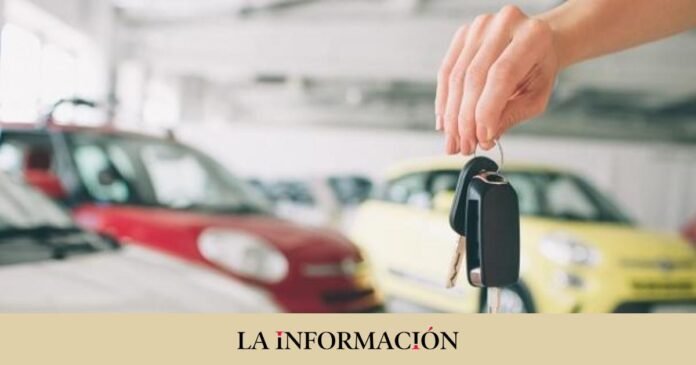 The delays in the delivery of vehicles are easing, but they have not completely disappeared, since a new problem has happened to the shortage of semiconductors, of a logistical nature, and it is the lack of trucks that can carry the cars, which accumulate in ports, to dealers.

Currently, the waits for vehicle deliveries to customers stand at 160 days on average, although in the case of the most widespread cars on the market it can be reduced to 50 days, although it depends on the model, with longer delays for technologically advanced vehicles.

The general director of the National Association of Sellers of Motor Vehicles, Repair and Spare Parts (Ganvam), Fernando Miguélez explained to EFE that this average of 160 days for a vehicle to be delivered represents an improvement of just under a month and a half compared to after 240 days, about eight months, which occurred due to tensions in the supply of raw materials and microchips in 2021, after the pandemic.

The first two quarters of 2022 were negative, to change already in the third to a growth trend in vehicle inventories, which Ganvam expects to consolidate. For vehicle availability times, distribution and logistics are decisive, especially when the automotive industry is a globalized industry.

For example, Spain, which is the second largest European vehicle manufacturer, retains less than 20% of the cars it produces, and the rest of those sold in the country come from abroad, mainly from France, Germany, South Korea and the United States, explains Miguelez.

From Ganvam they hope that the improvements that have occurred in the delivery of vehicles in 2022 will be maintained in 2023, but they warn that there are many problems still unresolved, as there are still tensions in the supply chain and in logistics and raw material costs. .

For its part, the employers’ association of official dealers, Faconauto, estimates the average delay in the delivery of a vehicle between 4 and 6 months, although it depends on the brand, model and series, since each brand has its manufacturing times, they explain to EFE sources from this organization, who point out that the problem of lack of raw materials and components is being solved, albeit slowly.

It has taken up to a year to deliver a car, the president of Faconauto, Gerardo Pérez, recently recalled in a meeting with the press, who pointed out that without ending the semiconductor crisis, another problem has arisen that affects delivery times of cars and is logistical.

Cars accumulated in the ports

Pérez, who pointed out that at the moment there may be 200,000 undelivered orders, explained that there are no trucks necessary to be able to move the vehicles to the dealerships and stressed how large numbers of cars are accumulating in some ports.

About a week ago it was known that, for example, the port of Santander stored some 15,000 cars in its facilities, some even parked in roadsides, because logistics companies could not handle their transfer.

And it is that, while the factories are operating at a faster pace after the limitations they have had, the logistics companies have not adapted to this increase in production, with which the cars arrive by ship at the ports, but they cannot be taken to their final destination by a shortage of trucks.

In Spain, vehicle production is also recovering, with an increase of 4.2% until November, when it has exceeded 2 million units in the year, although it remains 23% below the pre-pandemic level, according to data. from the manufacturers’ association, Anfac, which expects the year to close with about 2.2 million units produced.

Anfac attributes the increase to the lower bottlenecks in international trade, which have facilitated the supply of materials by factories in the second half of the year, which has allowed production growth to be recorded in recent months compared to the same period of the previous year, which was more affected by the lack of microchips.