HomeLatest NewsThe 'slowdown' of the economy and prices will mark the route of...
Latest News 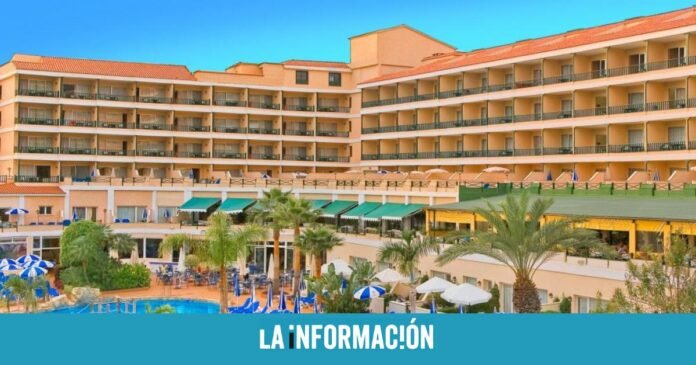 Tourism companies have started the stock market year in the green. IAG, Aena or Meliá have scored notable increases in the heat of the impulse of the Madrid selective during the first two days of the year. Although at the close of the market this Tuesday the airport manager and the hotel company have deflated with a rise of 0.7% each, the rise has been notable in the case of the airline ‘holding’, which has stood out with the bronze medal ( +2.77%). Only Amadeus stands out from this behavior and ends the session in the red (-0.22%). This makes them values ​​to keep track of at the start of 2023, a year in which their evolution will be conditioned by the course of the economy and inflation.

Diego Morín, an analyst at IG, points out to this medium that the behavior of these values ​​in the financial markets will depend on whether Europe enters a recession. The European Commission has warned that activity in the community zone was weakening and would enter negative territory this winter, a projection from which Spain would escape, among other factors due to the delay in the recovery of its pre-Covid GDP. Precisely this situation fills the horizon with clouds for the Spanish tourism sector, highly dependent on foreign tourism and which may once again jeopardize its volume of activity.

The takeoff in demand since the beginning of last spring as a result of the progressive elimination of the restrictions due to the pandemic in the Old Continent has allowed these values ​​to recover the ground lost after two limping years. However, this improvement has not been accompanied by a boost on the stock market. None of the four values ​​mentioned has yet reached the levels prior to the outbreak of the health emergency in Spain, registering three consecutive years of losses on the stock market.

Analysts agree that these are companies that are highly exposed to the economic situation. “Inflation can be controlled, but they are going to drag down cyclical values,” says Morín. The real acid test will come with the presentation of the results for the first quarter of 2023 and the expectations for the summer season, after the “strong punishment” they have experienced in the market over the past year.

Despite this, the majority of the market consensus is optimistic and considers that they still have a long way to go. In the case of IAG, up to 17 analysts gave it buy recommendations with a target price of 1.88 euros, compared to the 1.46 euros with which it ended on the second trading day of the year. After reaping profits of 199 million between January and September, from the IG firm they point out that it has the potential to achieve 700 million net profit this year, in which if everything goes according to the established roadmap, they will finish off the acquisition of Europe. Iberia, airlines in this group, has already advanced that it expects to exceed its 2019 offer (last full year without Covid) by five points in the first three months of 2023.

Within the aviation sector, Aena also stands out, for which analysts affirmed a twelve-month potential of almost 20% compared to its current price (121.50 euros) after approaching the activity levels of three years ago in a context marked by the strikes. The airport manager is confident of reaching pre-coronavirus demand in 2024, something that will happen as previously planned.

Meliá, for its part, which has managed to avoid the exclusion of the Ibex in the reviews of the Ibex Technical Advisory Committee, faces a 2023 full of lights and shadows. The high indebtedness continues to weigh on the company’s accounts with a leverage of 1,200 million until the ninth month of the year, slightly above its market value (1.04 trillion euros). The positive note is that it has managed to close with a profit during the first quarter of the year and plans to kick off Zel, his new hotel adventure together with tennis player Rafa Nadal, with whom he plans to open up to 20 establishments in the next five years.