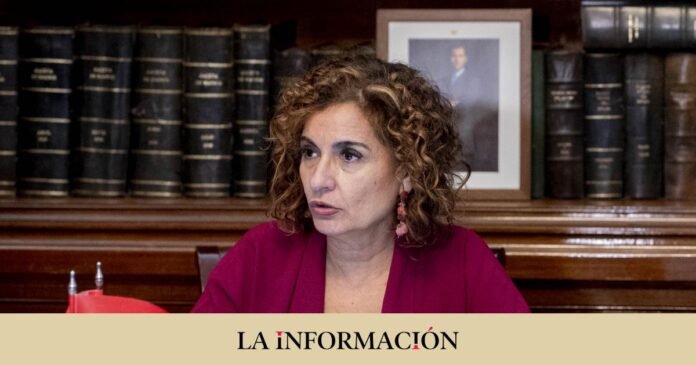 The trail of losses in the world stock markets registered during 2022 has left company valuations touched. The conflict in Ukraine, the rise in rates and inflation have plunged equities into a nightmare, the main indices of which registered falls of between 10 and 20% in the worst year since the bursting of the real estate bubble for some parquets such as the American. The Ibex 35 has been one of the few that has stood out from these double-digit setbacks, with a decrease in the annual calculation of 5.56%.

Investors leave behind a fateful exercise for the stock markets that has the Spanish Treasury as a collateral victim. The shares of six Spanish listed companies will be released in 2023 from the tax on financial transactions. These are Zardoya Otis, which was delisted last May, Amrest Holdings, Prosegur, CAF, Applus Services and Aedas Homes.

Known as the Tobin tax, this tax has been levied since 2021 with 0.2% on the purchase and sale of securities of those companies with a capitalization of more than 1,000 million. This year will be the one in which fewer companies are subject to tax for operating in the financial market, a total of 52, with the entry of Faes Farma to the ‘club’.

In this scenario, there are opportunities for the investor beyond large companies and with a lower tax burden. Among them is the aforementioned Prosegur, which remains in the cut. After leaving 23.25% on the stock market, its capitalization reached 972.68 million at the market close this Monday, with a price of 1.82 euros per title. the first year since the tax went into effect that the stock market transactions of this ‘small capitalization’ are exempt from this payment.

The consensus of the analysts stipulates a target price of 2.79 euros for the security services firm with a buy recommendation of more than 62.5%, compared to 6.3% who choose to advise its sale. For this 2023, it has committed to the distribution of 40.05 million in dividends charged to reserves, at a rate of 0.0263 euros per title.

The document published by the Tax Agency takes into account the market value as of December 1, 2022, hence it includes Metrovacesa. At that time, the promoter was valued at 1,137 million. However, at the present time the figure barely exceeds 966.18 million, with data from ‘Bloomberg’, which means that transactions for negotiating company titles do not pay that 0.2% despite not being part of that club after leaving a 15% on the stock market in the last year.

Thus, Elecnor would be the next in the ranking with a total price of 922.2 million. The Spanish ‘holding’ registers an advance of 0.95% in 2022 and is trading at 10.6 euros, with the potential to reach 17.35 euros, according to analysts. The shortlist is completed by the restoration firm Amrest, which leaves the list of the Tax Agency after two years, after closing with a capitalization of 913.35 million. The firm that owns franchises such as La Tagliatella or Pizza Hut posted red numbers of 1.2 million in the first nine months of last year, in a bad year for the restaurant group, which has ended with the sale of its KFC restaurant network in Russia for 100 million as a result of the world siege of the country due to the war. In the last twelve months the firm has yielded more than 30% on the stock market.

Prosegur Cash and CAF close the classification of groups valued above 900 million after the negotiation of these securities was left out of the rate for investors of a higher tax burden for operating with these securities.

This tax came into force in 2021 with the expectation of raising 850 million annually, a figure that has not been reached during the three years it has been in force. Although last year’s General Budgets (PGE) lowered the forecast for this tax to 372 million, everything indicates that the objective will not be reached. The State arcades have entered 284 million up to November, influenced by the lower trading of the Spanish stock market, which has fallen 13.7% during 2022, with data provided by Bolsas y Mercados Españoles (BME).