The State, obliged to indemnify Endesa for the hydrocarbon tax 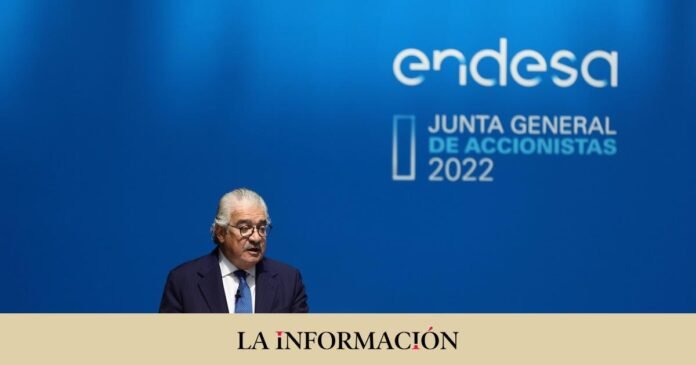 The State must pay Endesa one million euros as “extraordinary fees” that the electric company paid to the Corporation for Strategic Reserves of Petroleum Products (Cores) in the year of the pandemic.

Each year, Cores sets the ordinary quotas that obligated subjects must pay to maintain minimum safety stocks of petroleum products, liquefied petroleum gases, and natural gas. In 2020, by virtue of Order TED/456/2020, of May 27, “extraordinary fees” were approved as a result of the effects of the crisis caused by covid-19.

The company run by José Bogas filed a contentious administrative appeal and has won it. In this way, in execution of Supreme Court ruling 1337/2021 dated November 16, 2021, costs of 1.09 million euros are recognized. “This amount will be paid by the body in charge of settlements (the CNMC) charged to the extra cost of production in non-peninsular territories, in the first settlements of the electricity sector and charged to the available General State Budgets”, publishes the Official Gazette of the State (BOE).

The costs that Cores foresees each year are those generated by the constitution, storage and conservation of the strategic stocks of each group of petroleum products, those derived from the activities of the corporation related to liquefied petroleum gases and natural gas, as well as the cost of the other activities that the current regulations assign to the organization, such as those derived from its statistical functions and control of the obligation to prove compliance with the objectives of sale or consumption of biofuels with transport fines.

In Spain, some companies are forced to pay quotas to maintain hydrocarbon reserves because there are places where most of the electricity generation is based on fuel oil, as is the case in the Canary Islands, the Balearic Islands, Ceuta and Melilla. In fact, Endesa receives an amount every year for extra costs of producing electricity on the islands via Generales del Estado. By 2023, Cores has raised ordinary fees between 4.38% and 25.7% in year-on-year terms.

At the beginning of the year, Endesa recovered 200 million euros after the Supreme Court accepted the October ruling of the TJUE and declared the financing of the electric social bonus established in 2014 inapplicable and null.

The new extraordinary taxes on energy companies, financial institutions and large fortunes came into force on December 29 and will now tax the 2022 financial year to start collecting this year. Regarding energy, it will tax 1.2% on the amount of the turnover of the companies in the branch that billed more than 1,000 million in 2019.

Revenues derived from regulated activities were left out, so it does not affect the PVPC for electricity, the last resort tariff (TUR) for gas, bottled LPG and piped LPG. Regulated income from the electricity and natural gas transmission and distribution networks and economic dispatch, respectively, were also exempted.

Likewise, the tax will be applied only to the activity that companies in the sector carry out in Spain. The CEO of Endesa, José Bogas, has captured 300 million euros a year from the impact for the electric company due to the new tax figure.