The submission of requests for RTVE opinions opens in January 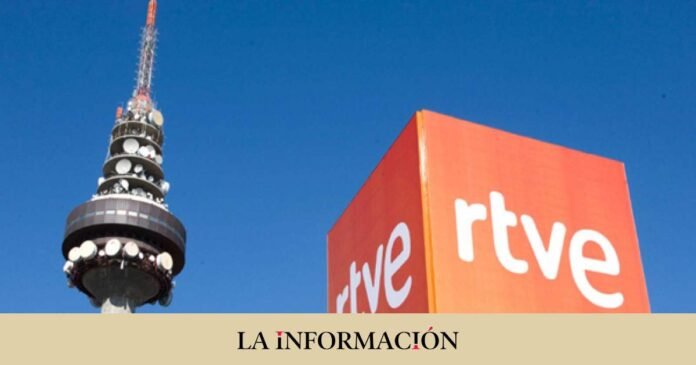 The RTVE management has finally made public the general bases of the oppositions for 2023 that describe the conditions and requirements to present the tests. The last call for opinions in the chain was in 2007, with an offer of 758 seats. More than 23,000 candidates took the tests. The most requested was that of informant, where 9,167 professionals applied for the barely 200 places offered. As announced on December 2, the purpose of RVE is to cover the loss of stable employment as a result of retirements in recent years, as well as to reinforce the strategic areas of the entity for the immediate future.

According to the RTVE Board of Directors, a total of 767 permanent positions will be offered. All the information referring to these general bases and the specific bases will be published on the RTVE website and in the general access point of the Government Administration. The convened places will be located in Madrid (530), Barcelona (102), Canarias (24) and 111 in the rest of the territorial structure. While the occupations are divided into: setting, superior and technical architecture, set design, graphic design, documentation, editing and assembly, special effects, administrative management, lighting, personal image, graphic information and image capture, sound content, engineering technique, lighting, equipment mechanics and installations, doctors, assembly of audiovisual equipment, occupational risk prevention, production, orchestra teacher, choir teacher, projects, building and civil works, realization, rónicosemas sound.

The final balance of the squad after these omissions will be very similar to the current one, since the main objective is to cover the losses due to retirement that have been taking place in recent years. With the addition of new faces to RTVE’s staff, the channel hopes to reach new audiences with its content, those habits and channels have evolved radically in the last decade, focusing above all on the digital environment.

Requirements to enroll in the call

For the application to be accepted, it is necessary to cover common requirements in all positions. These conditions are included in the document that describes the general bases and will be complementary to the professional requirements referred to specific degrees. They are the following:

Not be a permanent or indefinite worker at RTVE. Be of working age. Have Spanish nationality or the nationality of another member state of the European Union. Spaniards or nationals of any of the other member states of the European Union. Being a foreigner residing in Spain in a legal situation to work. Possessing the specific qualification required in the bases. Those who attend the reserve shift for people with tenacity must do so officially recognized condition in a degree equal to or greater than 33% and accredit its functional compatibility with the performance of the tasks of the position that are detailed in the specific bases. Not having caused incentivized leave through any modality in RTVE. in a form from RTVE. in the performance of the position applied for. Not be disqualified from performing public employment by final judgment.

Presentation of applications and phases of the access test

The period for submitting registration applications will begin in January 2023 with the publication of the specific bases of the call that will specify, among other aspects, the characteristics and conditions of the positions called, as well as the specification requirements and the description of each selection process based on the type of occupation and specialty for which one chooses. In matters not specifically provided for in the bases or in the instructions issued by the RTVE organization for its development and execution, the provisions of the current collective agreement of RTVE and other applicable regulations will be followed.

The selection process will be organized in three stages. The first of these will be a qualifying phase with a knowledge test depending on the occupation required. Only those who have reached or exceeded 50 points out of 100 will pass it. The second test will be an assessment of merits that can be objectively accredited. And, finally, there will be a practical test depending on the occupancy on deck, which will score over 60% of the total. People joining as personal must pass a fixed probationary period.