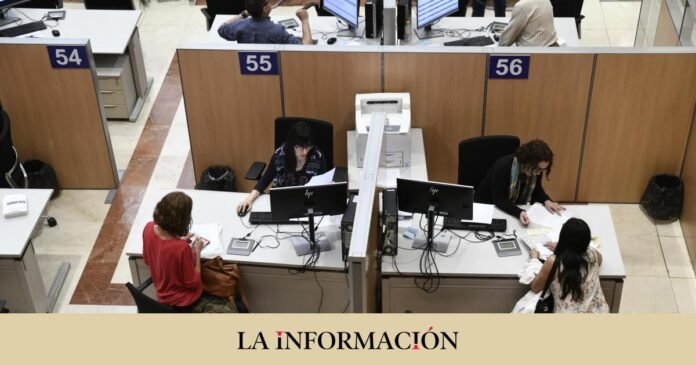 In 2015, a tax deduction of a marked social nature was included in the Personal Income Tax Law. The new article 81 bis grants the head of a large family enhanced protection. The star measure of the precept is aimed at self-employed or employed workers (the vast majority of whom are women) with several dependent children who do not enjoy economies of scale (single-parent families whose only income is provided by the working mother). In such a way that people legally separated or not united by marriage, “with two children without the right to receive annuities for food”, will subtract the differential tax rate up to the amount of 1,200 euros per year. Double will be received in the case of a large family of special category. Additionally, the deduction will increase by 600 euros per year for each of the children of the large family that exceed the minimum number of children required for the constitution of a large family of general or special category, as appropriate.

We have seen that the deduction ceilings are expressed in linear and absolute amounts. However, if the contributions accrued by the beneficiary of the deduction in favor of Social Security or the Mutual Society, computed for the entire year, are lower, the latter will be used as the maximum limit of the tax benefit. For this purpose, the law provides that the full quotas will be taken, without discounting the bonuses that, if applicable, correspond. Article 81 bis allows beneficiaries to request early payment of the deduction (with a monthly cadence). The law recognizes the situation of hardship that many women with urgent family responsibilities are going through. They are workers who cannot wait more than a year to receive financial assistance (during the months in which the personal income tax return for the previous year must be submitted, or even a temporary bonus if the differential fee is “refundable”). With this, the deduction technically disappears, which acquires the nature of direct aid (subsidy).

Penélope is a divorced woman with two minor children who, with her meager salary, must feed, dress and buy their school books. In the divorce agreement, authorized by the prosecutor and approved by the family judge, Penelope’s husband until then promised to pay child support, who remained in the custody of her mother. The paper supports everything. The reality, less. When the first monthly expiration of the alimony bill arrived, the man (as bad a father as he was a husband) refused the payment. And that mountebank, who likes to procreate without assuming the consequences of his pleasure, was never heard from again.

Certain that the law was on her side, Penélope requested (April 16, 2015) from the AEAT Delegation of Teruel the advance and monthly payment, established in article 81 bis (100 euros). The delegate (April 21, 2016) threw the request in the trash, stating that Penelope’s case did not fit that precept. Her children do have the right to alimony and the fact that her right was distorted by reality did not affect, for better or for worse, the success of Penelope’s tax claim. The important thing, for the AEAT, is not the things but the name of it. If a woman holds the right to receive alimony on behalf of her children, she will not be entitled to tax benefits even if her counterpart considers that her will is worth more than the resolution of a family judge. This is how the Thomist metaphysics of the holy AEAT works: one right cancels another right.

The Agency’s General Staff follows in the footsteps of Karaite Judaism. Neither the Holy Scriptures nor the sacred Personal Income Tax Law allow an interpretation that strays one millimeter from the literal text. There is what there is, nothing more, and whoever is not satisfied should pack their bags, go out through the door of exile and carry the heavy backpack of anathema.

Since there is no worse deaf than the one who does not want to hear, nor worse mute than the one who does not want to speak, the TEAR of Aragon, to which the woman had turned in search of justice, dismissed Penelope’s claim for administrative silence. The lady had to wait almost five years -meanwhile consuming, she and hers her children, cans of expired sardines- until her right came true (judgment of the TSJ of Aragón of June 17, 2020). The latter underscores the vulnerability of Penelope and her children, due to the breach of the divorce decree by a father who is unaware of his legal obligation to contribute to feeding her progeny.

But since there are always supreme interests that despise poverty and, nevertheless, wear the habit of moral misery, an appeal was filed against the Aragonese sentence, which came from an office lined with noble wood belonging to the General State Administration. The excuse was that the interpretation made by the TSJ of Aragon made use of the analogy to extend beyond its legal limit the deduction of article 81 bis (an operation prohibited by article 14 of the General Tax Law).

The appeal was admitted for processing by order of July 21, 2021, which entrusted the Contentious-Administrative Chamber (Second Section) of the Supreme Court (TS) with the following mission: “Determine whether the deduction provided for in article 81 bis LIRPF is applicable in the case of legally separated ascendants with two children with the right to receive annuities for alimony, in the cases in which it is proven that they did not receive this alimony despite being recognized by a court ruling.

The TS has rejected the interpretation – more than literal, “literalist” – of the Personal Income Tax Law that the AEAT uses to ignore Penelope’s legitimate right to deduction. In its judgment of October 25, 2022, for which the great jurist Francisco José Navarro Sanchís is a speaker, the Supreme Court interprets article 81 bis in a systematic and finalist manner. In addition, it objects to the Administration that its interpretation, if successful, would lead to the absurdity of leaving without legal protection the children of a parent whose whereabouts are unknown or, simply, lack of seizable assets.

The Supreme Court is not hurt by emphatically confirming “the multiple objective failure of the same State.” The judgment of October 25, 2022 (FJ 3) irrefutably expresses the daily reality of the abuse of rights by the Administration: “Thus, the interpretation advocated [por la AEAT] of this tax deduction instead of achieving the application of the constitutional principle of real and effective equality supposes a neglect and infringement of that equality and the creation or maintenance of a clear and indisputable situation of social vulnerability of the State that now intervenes in the execution of the sentence that condemns the provision of maintenance, creating the paradox, in addition, that tax benefits of an undoubted social nature are denied by the tax administration, which should apply the legal rules, in addition, in accordance with the elementary rules of common sense.

And the Supreme Court concludes: “Not in vain, an interpretation that is no longer grammatical or literal of art has been pursued here. 81 bis LIRPF, but purely literalist, and with such an attitude an unfair and unequal situation is reached that the general principles of law, true spirit in the application of the legal system (arts. 9.1, 9.3 and 103 CE, between correcting) have to correct However”.