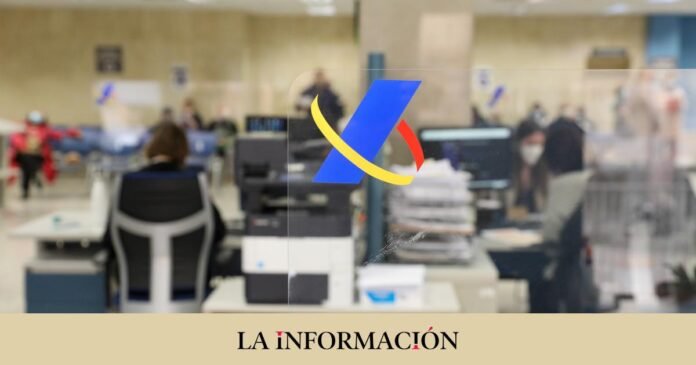 The Tax Agency has already published the fiscal calendar for 2023, the set of fiscal dates established during a fiscal year, where all the tax obligations of the self-employed, companies, SMEs and individuals in Spain are specified. As of April of this year, taxpayers will be able to present their income statement corresponding to the year of 2022 self-employed. After the tax reforms that have been taking place, this next one of the most innovative and one of those that contains the most changes contains a statement.

As usual, the income tax return or income will be made through model 100, the template that taxpayers must present between the months of May and June of each year. The essential aspects that are contemplated in the model are personal data, including homes, family situation (if you have dependents) or disabilities, referential figures for work income, income from movable capital, those linked to activities economy and deductions. Every year about 22 million declarations are presented, of which around 14 million. For their part, those who must pay the Treasury will not make the first income until the end of the campaign.

This year’s campaign maintains the improvements in the mobile application of the Tax Agency to continue advancing in user accessibility, “highlighting the possibility of presenting both one’s own declaration and that of up to five other members of the family unit without having to close the session to open those corresponding to those other presentations”. These advances, together with the improvement of the web, help to streamline the process and avoid confusion. In this sense, the usual assistance services will be incorporated, as happened last year, an “Informant” with the aim of resolving the main doubts of taxpayers when filling out the documents. There will also be the possibility of contacting specialized personnel from the Integral Digital Administration via chat to clarify the issues that remain pending.

In the midst of this uncertain context, marked by an unusual war conflict in the Europe of our century and its inevitable impact on the economic framework, this year’s public accounts include measures aimed at alleviating the most vulnerable families. From a fiscal point of view, the charges on medium and low incomes have been reduced, introducing changes such as the increase in the gross annual salary from which the IRPF begins to be paid or the reduction of the IRPF withholdings on income equal to or below the median wage in the country.

When does the 2022 income statement start and end?

The calendar presented by the Tax Agency contains all the deadlines that must be observed in order to make the income statement correctly. This procedure can be carried out online, without having to go to an office, or with the help of a Treasury technician by requesting an appointment. Although the campaign opening date is five days later than in 2021, the closing date remains the same:

In accordance with the latest package of measures to deal with the economic consequences of the crisis, the Government has introduced a series of state changes that will affect personal income tax. The reduction for work income for gross salaries between 15,000 and 21,000 euros is one of the most noteworthy, since it is estimated that it will mean a reduction for 50% of workers and savings of 1,881 million euros. An extension that entails raising the minimum tax rate for a single taxpayer without children from 14,000 euros to 15,000 euros. Something relevant, since it guarantees, for example, that a worker who today earns the SMI, set at 14,000 euros, will not pay personal income tax when the Government increases the Minimum Interprofessional Wage in 2023. In the case of wage earners with two children who present the joint declaration, the minimum tax also increases 1,000 euros with respect to the previous year (from 18,000 euros to 19,000).

While self-employed workers in a situation of multiple activity and with income from work greater than 15,000 euros become exempt from payment. The new legislation establishes that there will be 15 sections of net income to calculate the contributions, ranging from those who earn less than 670 euros per month, to those who earn more than 6,000 euros per month.

The other most important novelty is the one that affects the deduction for maternity. Currently, they worked on aid aimed solely at working mothers who received a maximum of 100 euros per month for each child under three years of age. However, starting next year, this aid will also reach all those mothers who do not have a permanent job and are unemployed. From the Ministry of Finance and Public Function, it is expected that this measure will have tax benefits of about 200 million euros.

Tax changes at the regional level

In addition to the tax changes for the entire State, Andalusia, the Community of Madrid, the Valencian Community, Galicia and Murcia have introduced changes. With regard to Andalusia, the Wealth Tax has been abolished and the regional income tax quota has been deflated by 4.3%. For their part, Galicia, Murcia and Madrid have also announced deflations that will affect the next income. The Ministry of Economy, Finance and Employment of the latter has estimated that next year savings of up to 6% of the quota will be obtained in the lowest incomes. Finally, the Valencian Community estimates a saving of 111 euros in media per Valencian thanks to its own modifications to the sections.