HomeLatest NewsThe TC dismisses the appeal of the Senate and maintains the veto...
Latest News 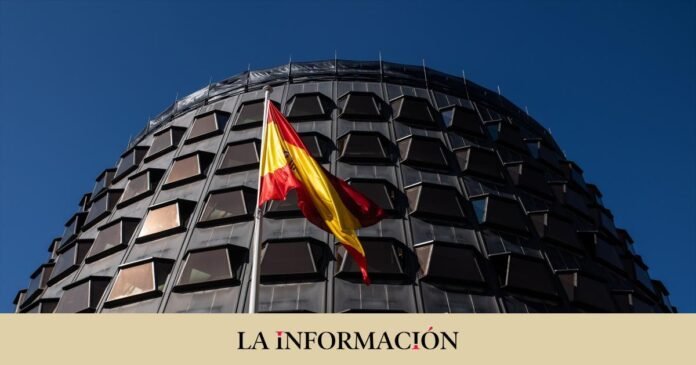 There are no surprises at the emergency meeting, called at 7:00 p.m., held by the Constitutional Court (TC). The body has ratified this Wednesday the decision that changed just 48 hours ago to suspend the parliamentary process, already in the Senate, of the two amendments incorporated into the bill on sedition and embezzlement that seek to renew the TC itself, rejecting In this way, the appeal presented by the Upper House to be able to debate and vote on the proposed reform in its plenary session tomorrow.

After more than three hours of intense deliberation among its 11 magistrates, the guarantee court has confirmed its initial resolution with the same votes as the converted one: 6 from the conservative bloc compared to 5 from the progressive minority. And this after rejecting the processing of the challenges launched by Unidas Podemos (UP) and by the Prosecutor’s Office against the president of the TC, Pedro González-Trevijano, and magistrate Antonio Narvaéz. Had they been removed, there would have been a change of majority in favor of the progressive bloc.

United We Can (UP) already raised it before the very precautionary measures claimed by the PP in its appeal for amparo against said amendments, but the TC changed that then it was not the opportune procedural moment. Podemos had challenged again this Wednesday, arguing that these two magistrates have a “direct interest” in the aforementioned amendments not being approved because, if they were to, they would be replaced by the two candidates nominated by the Government: the former Justice Minister Juan and the former high official of Moncloa Laura Díez.

The Prosecutor’s Office had also been interested in opening a recusal incident against González-Trevijano and Narváez, observing an “unquestionable direct link of the aforementioned members of the Plenary with the object of parliamentary processing.” In his opinion, the automatic incidence of said norm in the personal/professional situation of both was “objectively unquestionable”.

González-Trevijano has had to convene this extraordinary plenary session with just a few hours to spare, after the Senate formulated an appeal to try to lift the very precautionary measures that the TC agreed two days ago at the request of the PP. The intention of the Senate was to arrive on time so that in its plenary session tomorrow the bill could be debated and voted on –with all its amendments–, so that it would be definitively approved, after the Congress of Deputies endorsed it. In the past week.

This is the second extraordinary plenary session held by the TC in just 48 hours. On Monday, after more than nine hours, it will assume the appeal of the PP and the very precautionary measures, an unprecedented decision, since in its more than 40 years of history it had never paralyzed a parliamentary process in the Cortes Generales.

As reported at the time by the TC, the magistrates considered that the progress of the parliamentary process causes damage that is difficult to repair to the ‘popular’ legislators, who invoked article 23 of the Constitution, which includes the right to political participation of the a through their representatives. On the merits of the matter, the Constitutional Court explained that it gave entry to the ‘popular’ appeal because the violation alleged by the PP cannot be ruled out, taking into account the constitutional doctrine on the exercise of the right of amendment and the relationship of homogeneity that must exist between the amendments and the legislative initiative that is intended to be modified.

Likewise, it indicates that the matter raised in this amparo appeal has special constitutional significance because it raises a legal question of “relevant and general social repercussion”, which also has “general political consequences”. The PP was directed, specifically, against the agreements of the Bureau of the Justice Commission of Congress by which both amendments were admitted for processing and against the decision of the president of this Commission, Felipe Sicilia, not to revoke them.

In its appeal, the Senate argued that the urgent suspension was an “extemporaneous” measure because, if it was in such a hurry – and hence its very precautionary nature – it should have been agreed last week, before the Lower House approved the bill with its amendments. In this, he stressed that the ruling of the TC has affected him “directly” when in reality it is not the legislative headquarters that has adopted the agreements requested by the PP, for which he understands that both the chamber and its members “are defenseless”.

It also argued that the suspension violates the requirements of the Organic Law of the Constitutional Court (LOTC), that is, that “it does not cause serious disturbance to a constitutionally protected interest or to the fundamental rights or freedoms of another person.”

In this regard, it defended that “the suspension causes a disturbance of the utmost seriousness to a constitutionally protected interest, such as the fact that the Legislative Power of the Spanish State, embodied in the Cortes Generales (Congress and Senate), which represent the people Spanish, can fully exercise the functions constitutionally attributed to it, without undue interference.”

However, it warned that the paralysis of parliamentary processing is “a disproportionate action” that constitutes “a precedent with unpredictable consequences”, warning of “the possibility that the amparo remedy could be used as a means to disturb the exercise of the legislative function of the Cortes Generales”.

The underlying problem is that the TC has been waiting since June 12 for the renewal of the four magistrates that make up the third that the Constitution mandates to replace the Government and CGPJ: González-Trevijano and Narváez, appointed in their day by the Mariano Executive Rajoy; and Juan Antonio Xiol and Santiago Martínez-Vares, appointed at the time by the governing body of the judges.

The legal doubts about the possibility that the two Moncloa candidates could take office without waiting for the two from the CGPJ led to promoting and approving last July in Parliament an express reform of the Organic Law of the Judiciary (LOPJ) to return to the Council his power to appoint his two applicants to the court of guarantees.

But the negotiations within the CGPJ ran aground on December 2 due to the tacit veto of the conservative block to the candidate of their progressive counterparts, the magistrate of the Supreme Court (TS) José Manuel Bandrés, and the refusal of the latter to return to fatten their list of applicants (which came to have nine). In their first vote to nominate candidates, which took place on Tuesday, both sectors entrenched in their positions and frustrated the agreement.

In this context, ‘purples’ and socialists introduced the two amendments in the aforementioned bill: one so that the two CGPJ candidates are elected by a simple majority, instead of three-fifths; and another so that Campo and Díez can take office as magistrates of the TC without having to wait for the two nominees by the council.